The timeline for the earliest human fossils - discovered in East Africa - have been pushed back by about 40,000 years, according to newly published research. 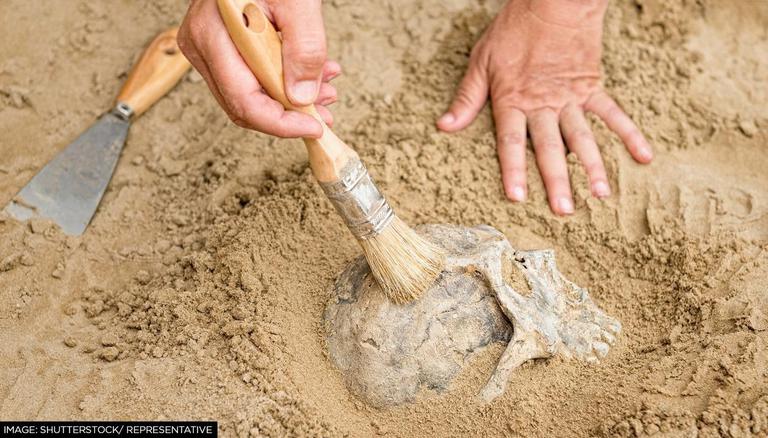 
The timeline for the earliest human fossils - discovered in East Africa - have been pushed back by about 40,000 years, according to new research released in the scientific journal, Nature. The oldest fossils were found in Ethiopia in the year 1967 at the Omo Kibish site and in 2005, were dated to be at least 195,000 years old. The fossils which are called Omo remains were a collection of bone and skull pieces that had been difficult to date, Sputnik reported.

Geologists were able to calculate the minimum age of the fossils using a stratigraphic analysis, which examines the lateral and vertical connections between various rock formations. For a half-century following their discovery, however, scientists were unable to determine a more accurate date. The assessment of a thin layer of ash discovered around the Omo remains provided crucial information to determine the dating of the fossils.

Further, talking about the layer of ash, lead author of the research, Celine Vidal told Sputnik, “At the time that was nearly impossible since the ash was so fine, almost like flour.” In addition to this, the research group was able to connect the ash to a massive volcanic eruption named Shala using new technologies and historical volcanic occurrences. The ash layer was discovered to be 233,000 years old, with a 20,000-year margin of error, according to the research.

Even after the revised date, the Omo fossils are not considered to be the oldest human remains. The discovery of 300,000-year-old human skeleton remains in Morocco in 2017 drastically altered the timeline of humanity's migration out of Africa.

According to Aurelien Mounier, the co-author of the research, the new date confirms the mainstream view of human development and migration as well as gives details about modern human. "Omo I is the only fossil that has all the morphological characteristics of modern man," Sputnik quoted Mounier as saying.

While humankind's journey out of the East African region described as the "cradle of mankind" may have occurred earlier than originally thought, the new date of the Omo fossils and their contemporary traits support traditional theories of human development and migration.