Air New Zealand, who is a long-time partner of Koru Care NZ, started a special flight on a Boeing 787-9 Dreamliner and performed some “sky art” by drawing kiwi. 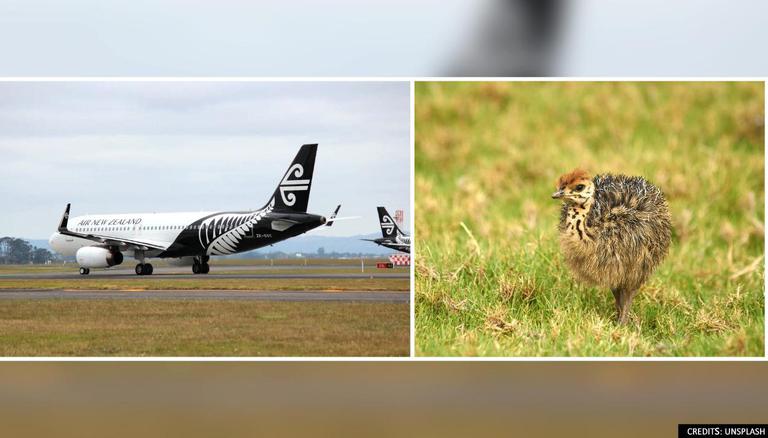 
Air New Zealand, who is a long-time partner of Koru Care NZ, started a special flight on a Boeing 787-9 Dreamliner and performed some “sky art” by drawing a giant Kiwi over New Zealand. Established in 1983, Koru Care was set up in order to bring some joy to children with serious illness or different abilities. Every year, Air New Zealand has been working with Koru Care for nearly 35 years and usually operates a yearly “flight of their life” for the children. Back in 2017, ZK-NZE performed some sky art, drawing a giant heart in the sky after a departure from Auckland. This year, the mystery flight for 50 terminally ill or kids who are differently-abled, followed a path resembling a kiwi, the national icon of New Zealand and an unofficial national emblem.

Yesterday, a @FlyAirNZ 787 carried 50 kids with disabilities or terminal illnesses on the flight of their lives and drew a giant Kiwi in the process as part of this year’s special Koru Care flight. https://t.co/Ft3eSkGJS3 pic.twitter.com/7b3mhFHxC0

As per local media reports, for the 2021 Koru Care flight, Air New Zealand left Christchurch on May 15 and headed towards the West Coast before flying north to Taranaki using the path that resembled the bird. Chief pilot David Morgan was at the controls at 11:40 AM (local time) when the plane had taken off. RNZ quoted Airline chief executive Greg Foran, who was also on board, saying that they found it was inspiring to offer the special charter flight for 50 tamariki who are not usually able to travel overseas due to their medical condition.

Foran said, “Today's flight is a real heart warmer. Some of these children have never been on a plane before so we wanted them to experience the excitement of flying and our teams have pulled out all the stops to make today a magical experience for our Little Heroes."

The children on board were also able to meet with All Blacks captain Sam Cane and fellow All Black Joe Moody, during a pre-flight party that included other activities such as face painting, dancing at a disco and lining up for superhero portraits. The musical entertainment for the severely ill or differently-abled kids was provided by the Wellington band Drax Project. Koru Care chairman Chris George said that Air New Zealand has been supporting the children’s charity for over three decades.