New Zealand PM Jacinda Ardern was busy telling the country important revisions to COVID-19 restrictions when she was interrupted by her three-year-old daughter. 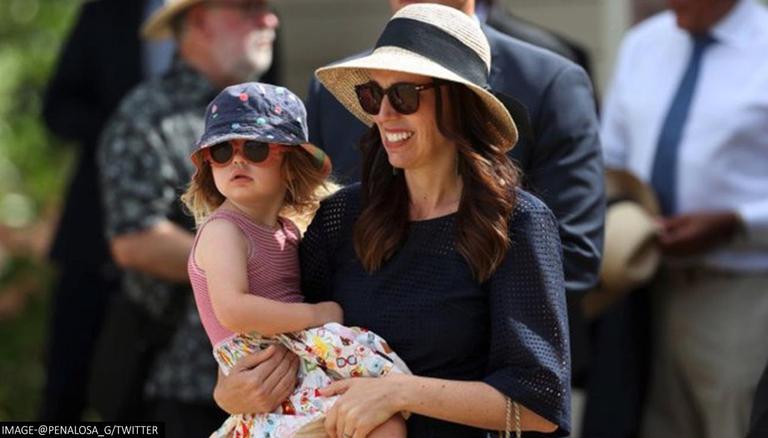 
New Zealand PM Jacinda Ardern was busy informing the netizens about important revisions to COVID-19 restrictions when she was interrupted by her three-year-old daughter, who was up past her bedtime. Ardern was conducting a Facebook Livestream about shifting public health restrictions when she was disturbed by apparently awake Neve. The Prime Minister was distracted by something happening out-of-shot, and a faint voice could be heard off-screen calling: “Mummy”.

"You're meant to be in bed, darling," Ardern replied. "It's bedtime, darling. Pop back to bed, I'll see you in a second," she added, before asking her daughter to return to her grandmother.

“Sorry everybody,” Ardern said, on return to the Livestream. “That was a bedtime fail wasn’t it,” she laughed at the camera.

But undeterred Neve then reappeared later in the broadcast, forcing the New Zealand PM to conclude. "I'm sorry, darling, it is taking so long," Ardern responded, before announcing that she would be ending the Livestream. Watch the clip below:

The NZ PM welcomed her daughter Neve Te Aroha in 2018 with her partner of eight years Clarke Gayford. After Pakistan’s Benazir Bhutto, Arden became the second PM in the world to give birth in office. She also made history as the first world leader to attend the UN General Assembly meeting with her baby in tow.

It is to mention that the unprecedented COVID-19 pandemic has forced a large segment of the global workforce to go through a remote-work experiment. Therefore, Jacinda Ardern’s struggle no doubt struck a chord with parents across the globe who have battled to balance work, home and childcare. “Normalise kids interrupting when working while parenting if you expect work/life integration,” wrote one social media user. “This is real life for so many working parents. So good to see that Neve got priority, exactly the way it should be,” added another.

Meanwhile, amid the pandemic, children’s unplanned appearances have become a regular feature of remote work. The most famous instance was the ‘BBC dad’ whose interview was interrupted by a parade of marauding children. Earlier this year, a New Zealand minister even had her live TV interview interrupted by her son, who entered the room brandishing a phallic carrot.