Non-recognition Of Taliban Govt In Afghanistan Will Have Global Impact, Warns Group

If "unrecognition" of the Taliban-led interim government of Islamic Emirati continues then it will transpire into a larger problem for the world, said Mujahid. 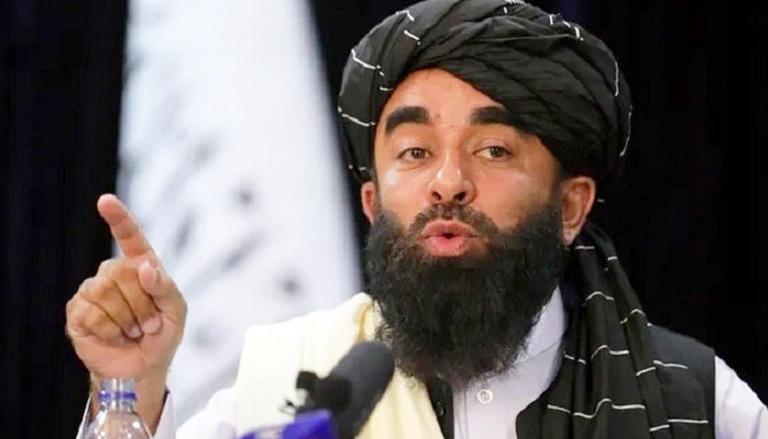 
If "unrecognition" of the Taliban-led interim government of the Islamic Emirati continues then it will transpire into a larger problem for the world, Taliban spokesperson Zabihullah Mujahid said during a press conference, as reported by Reuters. In a clear "message to America", Mujahid on Saturday warned the country of unspecified "problems" that would arise if the international community continued to refuse recognising the Taliban. He also called for "negotiations" in a desperate attempt to gain acknowledgment from the international community.

Speaking at the presser on Saturday, Mujahid also stated that the Taliban and the United States went into war last time due to lack of "diplomatic ties," Reuters reported. "Those issues which caused the war, they could have been solved through negotiations, they could have solved through political compromise," he said. It is important to note that the Afghan war broke out after then Taliban-led Kabul refused to hand over Osama Bin Laden, leader of the extremist group Al-Qaeda, to the US after it mowed down World Trade Center in the twin attack in 2001. On Saturday, Mujahid also said that the due recognition was the "right" of Afghan people and failing to offer so "could turn into a problem for the world."

It is to be noted that the international community, including global financial organisations like World Bank and International Monetary Fund (IMF), have refused to accept the all-male caretaker government of the Islamic Emirati after it was formed on September 8. The global leaders have vehemently condemned the lack of reflection of the "Afghan society" in the outfit-led cabinet of Afghanistan. This has also led to a halt in the disbursement of vital aids to the war-torn nation thus pushing it to the brink of "universal poverty."

US has no immediate plans to release financial reserves worth $9.5bn for Afghanistan

The United States has no plans to release Afghanistan Financial Reserves worth $9.5 billion anytime soon, Sputnik reported, citing International Monetary Fund (IMF). The announcement comes after Taliban spokesperson Suhail Shaheen, last month, urged the international community, especially the US to unfreeze Afghanistan's financial resources as the interim cabinet was "ready" to govern the war-torn nation. However, on Thursday IMF spokesperson Gerry Rice informed that the financial agency has no "further updates to provide on Afghanistan."

It is to be noted that in September, the IMF decided to halt fund supply to Afghanistan amidst rising political instability in the war-torn country. The decision was announced by Rice highlighting that the funds will remain suspended until there is clarity within the international community on recognition of the Taliban-led government.