As the cases of the Omicron variant of Coronavirus are growing rapidly across the globe, thousands of flights have been cancelled around the world 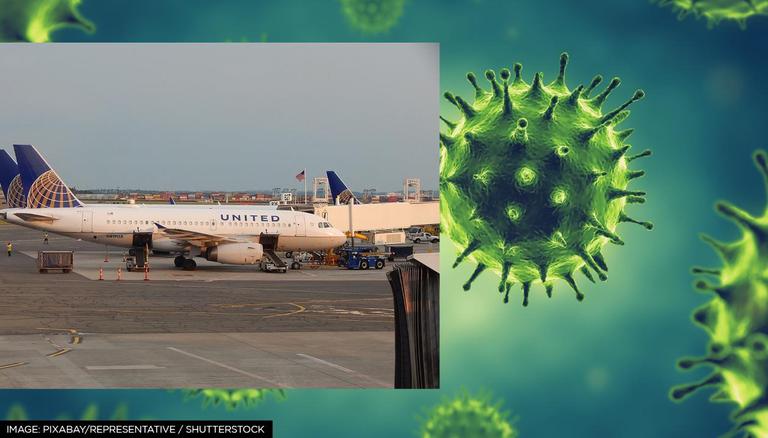 
As the cases of the Omicron variant of Coronavirus are growing rapidly across the globe, thousands of flights have been cancelled around the world during Christmas time. More than 3,000 flights, scheduled for Christmas Eve and Christmas Day, have been cancelled around the world, as airlines cited the spread of the new variant, which is wreaking havoc on flight crews and other employees, reported The Washington Post citing FlightAware website. The report stated that travel within, into, or out of the United States accounted for more than 20% of those cancelled on Friday.

In a statement, United Airlines stated that the airline has cancelled 120 flights that were planned for Friday. The airlines also stated that the flight crews and the employees who oversee the airline's operations have been directly impacted by the nationwide rise in Omicron cases this week. "As a result, We had to cancel certain flights and are informing impacted customers prior to their arrival at the airport. We apologise for the inconvenience and are working hard to rebook as many individuals as possible so they may enjoy the holidays," the statement added.

Meanwhile, Delta Airlines of the United States stated that it had exhausted all alternatives and resources, including rerouting and aircraft and crew substitutes, to keep schedules running before cancelling over 90 flights on Christmas Eve due to weather and staffing concerns. In Australia, a spokesperson of the Sydney Airport stated that 80 domestic cancellations will affect more than 500 flights on Friday, while about 50 flights in and out of Melbourne Airport were also cancelled, according to the Sydney Morning Herald. Meanwhile, Germany-based Lufthansa Airlines announced the cancellation of a dozen long-haul transatlantic flights during the Christmas holiday season owing to a "huge spike" in sick leave among pilots.

Trying to accommodate as many passengers as possible: US Airlines

The airlines in the United States stated they were working hard to accommodate as many passengers as possible, but the interruption comes during one of the busiest travel seasons in recent times. Since December 16, more than 2 million people have passed through its security checkpoints almost every day, according to the data by the Transportation Security Administration. It was nearly double the number recorded during the same time period last year. Despite the fact that Omicron is prompting some to reconsider their Christmas plans, United spokeswoman Kimberly Gibbs said the company has not witnessed an increase in customer cancellations, as per The Washington Post.