Hundreds of people in South Africa rushed to return home on the last available flights as nations implemented travel restrictions over the Omicron variant. 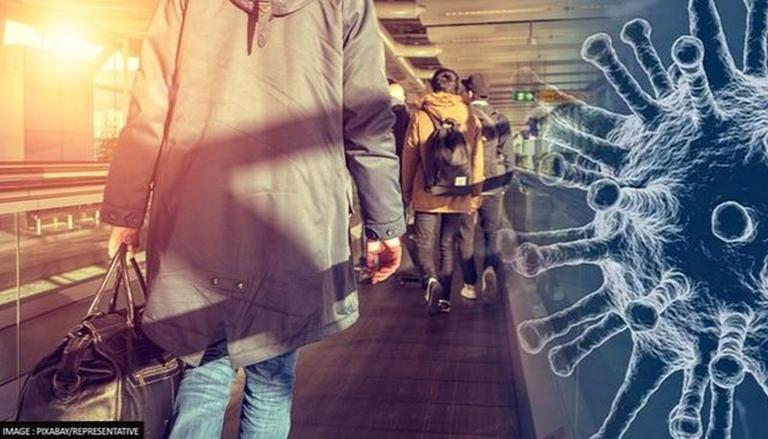 
Many tourists and travellers in South Africa desperately rushed to return home on the last available flights as several nations across the globe implemented travel restrictions on the country following the discovery of the Omicron variant of COVID-19. An airline employee, speaking on the condition of anonymity, predicted that there would be even more pressure in the country's airports over the weekend as additional nations cancelled flights, PTI reported.

Tourists from the UK, one of the largest in South Africa's tourism and family visit sectors, were particularly hard hit, PTI added in its report. “I need to get home to be with my family for Christmas, and now it looks like I might be stuck here with my friends,” the media agency quoted one Joanne Johnson as saying after airline employees explained the cancellation of flights, adding that arrangements were being made to repatriate British nationals only.

India orders strict screening and testing of all international travellers

The Government of India has directed all states and Union territories to perform thorough screening and testing of all international travellers arriving in or transiting through South Africa, Hong Kong, and Botswana. Airlines will be allowed to operate at 50% of their pre-COVID scheduled passenger flights between India and South Africa, Hong Kong, and Botswana beginning December 15, the Centre announced on Friday.

India does not have an air bubble arrangement with South Africa, Hong Kong, or Botswana, which allows special passenger flights between two nations notwithstanding COVID-related constraints. Furthermore, the Indian Ministry of Health has classed these three countries under the "at-risk" category.

PTI quoted Abdul Patel, an Indian-origin person, as saying that he had a ticket to return to Mumbai via Dubai from South Africa on Monday, but was trying to get it changed to an earlier flight as he is unsure whether India will also be affected.

Following the discovery of the Omicron COVID variant, the United Kingdom declared on Thursday that all flights to and from South Africa and five neighbouring countries will be prohibited. The UK has also made PCR (Polymerase Chain Reaction) test mandatory for travellers arriving in the country.

British Prime Minister Boris Johnson stated that on the second day of their arrival, all visitors to the United Kingdom must undergo a PCR test, PTI reported. The travellers must quarantine themselves until they acquire a negative test result. He also stated that restrictions on wearing face masks in public transportation and stores will be strengthened. Tourists from the United Kingdom, one of the most important markets in South Africa's tourism.

Similarly, US President Joe Biden placed new travel restrictions on southern African nations on Friday, joining efforts by other countries to attempt to prevent the spread of a potentially lethal new COVID-19 variant. According to senior administration officials, the US government would begin restricting travel from South Africa and seven other nations from Monday.

President Biden described the decision as a precautionary action until "we gather more knowledge". The limitations also apply to Botswana, Zimbabwe, Namibia, Lesotho, Eswatini, Mozambique, and Malawi, in addition to South Africa. According to administration officials, the ban does not apply to American citizens and lawful permanent residents, but they must still test negative for COVID-19 before travelling to the United States.

(With inputs from agencies, Image: Pixabay/Representative)