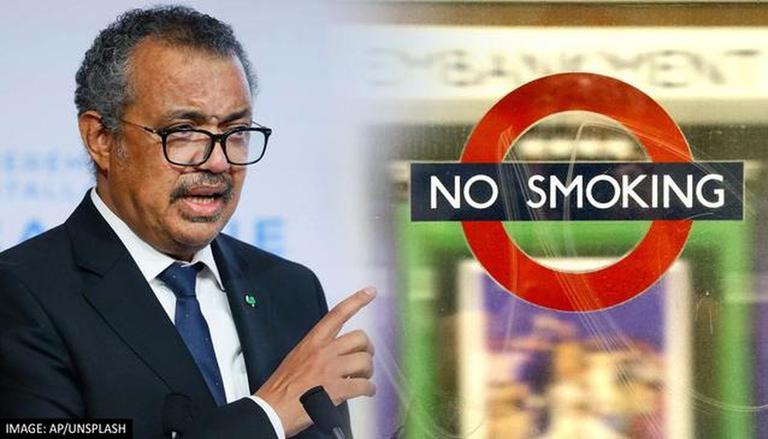 
Marking the occasion of World No-Tobacco Day, the World Health Organization (WHO) on Tuesday, May 31, revealed the impact and damage tobacco can inflict on both human health and the environment and has sought actions to hold the tobacco industry more responsible for the harm it has been causing. According to a press release from WHO, the tobacco business costs the globe over 8 million human lives, 600 million trees, 2,00,000 hectares of land, 22 billion tons of water and 84 million tons of CO2 per year.

The WHO report, which is named Tobacco: Poisoning our Planet, claimed that the carbon footprint of the tobacco business from manufacturing, processing, as well as transportation, is equal to one-fifth of the CO2 generated yearly by commercial aviation sector, thereby adding to the global warming. This WHO report has been released in accordance with the ‘World No Tobacco Day,’ which falls on May 31.

The release also highlighted the fact that the bulk of tobacco is mostly cultivated in low and middle-income nations, wherein water and farmland are frequently needed to meet the region's food requirements, however, they are instead being exploited to cultivate lethal tobacco plants. Furthermore, forests are being removed at an increasing rate to cultivate.

READ | WHO: COVID-19 cases mostly drop, except for the Americas

Tobacco impact on health and environment

Dr. Ruediger Krech, the Director of Health Promotion at WHO, said, “Tobacco products are the most littered item on the planet, containing over 7000 toxic chemicals, which leech into our environment when discarded. Roughly 4.5 trillion cigarette filters pollute our oceans, rivers, city sidewalks, parks, soil and beaches every year,” as per the release.

It is pertinent to mention here that cigarettes, smokeless tobacco, as well as e-cigarettes, all contribute to the accumulation of plastic pollution. Cigarette filters are the second most common source of microplastic contamination in the world.

The press release further stated that there is no proof that filters have any established health advantages, regardless of tobacco industry propaganda. To preserve public health and the environment, WHO urged policymakers to view cigarette filters like single-use plastics and consider banning them.

Taxpayers bear the cost of cleaning up discarded tobacco products

Instead of the tobacco business causing the problem, taxpayers bear the cost of cleaning up discarded tobacco products, the release added. This cleaning costs China around $ 2.6 billion per year and India approximately $ 766 million each year. Brazil and Germany pay more than $200 million each, every year. Apart from these, France and Spain, as well as towns in the United States such as San Francisco, have taken a stance. They have successfully adopted "extended producer responsibility legislation," which holds the tobacco industry liable for cleaning up the damage it generates, based on the Polluter Pays Principle.

WHO further urges nations and cities to follow this lead by supporting tobacco growers in their transition to sustainable crops, enacting significant tobacco levies (which may include an environmental tax), and providing support services to assist people quit smoking.