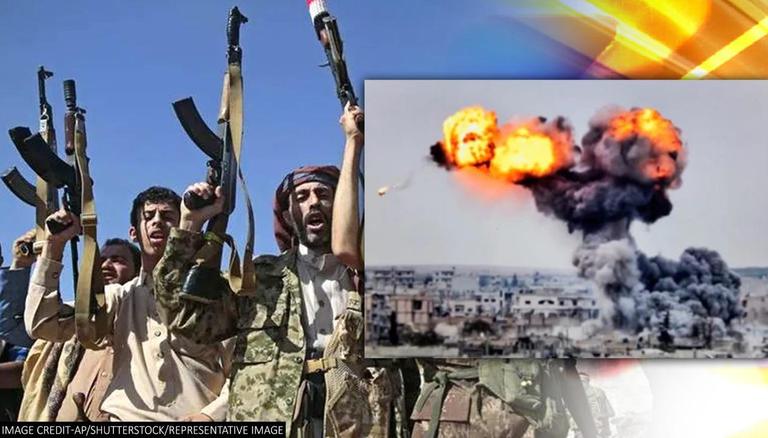 
A Saudi Arabian-led airstrikes on Houthi settlement in the central province of Marib, Yemen, killed nearly 35 of the group's members on Monday, 20th September. Yemeni government military source in Marib, who wished to remain anonymous informed Xinhua that the Saudi-led airstrikes targeted four rebel reinforcement convoys in and around the western Sirwah area, damaging nearly 13 pick-up wagons and killing over 35 Houthis militants.

While, al-Masirah TV, which is controlled by the Houthis, reported that there were 23 Saudi-led coalition airstrikes on Sirwah. They did not release any more information about the strike. The Houthi militia, which is supported by Iran, started a massive attack on Marib in February in an effort to gain power over the oil-rich province, which is the final strong foothold of the Saudi-backed Yemeni government in the northern part of the nation.

Another 32 Houthi militants' bodies were recovered from the Marib region

Recently, at the beginning of September, A total of 32 Houthi militants' bodies had been recovered from a frontline in Yemen's Marib region. A medical practitioner from al-Bayda, a neighbouring province of Marib in the southwestern part of Rahabah, confirmed the information. The practitioner who was attending at the health centre where the remains of Houthi rebels were taken informed Xinhua with the condition of anonymity that the deceased bodies of the rebels will be transported to their villages in the northern provinces of Amran, Saada, and Hajjah for the burial ritual.

The Houthi rebels pushed into the territory, al-Kulah, the centre town of the Rahabah region, which is controlled by the government. The terrorists supported by Iran engaged in a huge battle with government forces. The battle lasted for hours, with both sides suffering significant losses. The Houthi rebels lost 32 members in the battle, but no government deaths were recorded.

The Conflict between Houthi rebels and Yemen's government

A small nation on the Arabian Peninsula, Yemen has become a hotbed of civil strife and misery. The struggle between Yemen and the Houthis began in September 2014, when an Iran-backed militia took control of the capital city, Sanaa. With the help of former President Ali Abdullah Saleh, the rebel force overthrew President Abed Rabbi Mansour Hadi's administration and created the Supreme Political Council.

Since March 2015, Yemen's recognised government, supported by Saudi Arabia and the United Arab Emirates (UAE), has been in conflict with the rebel organisation. The struggle led the country's previous president, Hadi, to escape to Saudi Arabia. Thousands of people had been killed in a succession of attacks and counter-strikes since 2015, pushing Yemen to the verge of starvation and humanitarian disaster.