26 out of the 46 victims have been hurt as a consequence of breathing tear gas shot by Israeli soldiers, while, one of the injured was taken to the hospital 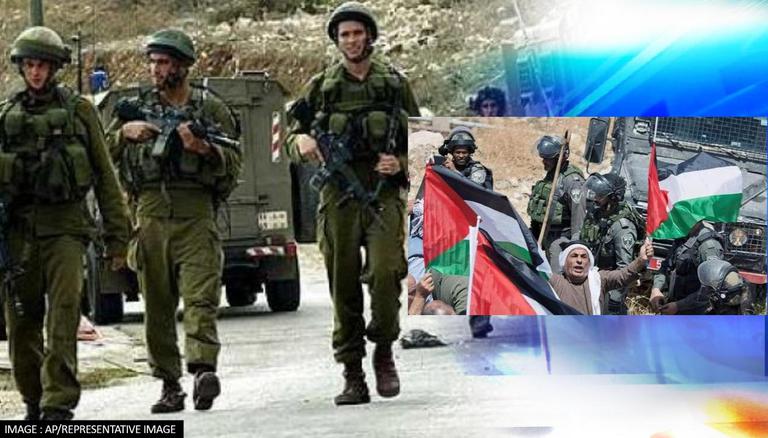 
Nearly 46 Palestinians were injured and hurt on November 11, Thursday, following violent skirmishes with Israeli armed forces near Ramallah in the West Bank, the Palestinian Red Crescent stated, according to the WAFA news agency.

26 out of the 46 victims have been hurt as a consequence of breathing tear gas shot by Israeli forces, while, 14 of them obtained injury due to the firing of the rubber-coated metal bullets towards the protestors, and six were injured because of falling during the commotion, WAFA added. In addition to this, one of the injured was taken to the hospital.

Ever since Palestinians demanded international recognition and acknowledgment for their own state on the West Bank, along with East Jerusalem, which is partly held by Israel, and the Gaza Strip, ties between Israel and Palestine have been fractured for generations. The West Bank is a confined strip of territory between Jordan and Israel. The territory was taken by Israel in 1967, although now Palestinians claim it as their own.

Furthermore, on September 24, Israeli soldiers are said to have killed a Palestinian man during a confrontation with Palestinian protestors in Beita, West Bank. The 28-year-old Mohammed Khbeisa was killed by Israeli soldiers during clashes in Beita, as per the Palestinian Ministry of Health. According to the Associated Press, Khbeisa was gunned down and shot in the head. He died shortly after being sent to a hospital in Nablus.

According to a news statement from the Palestinian Red Crescent Society, dozens of people were injured by rubber bullets, while several choked after breathing tear gas. The bulk of them received field treatment from physicians.

Meanwhile, in spite of several international objections and disagreements and with the United Nations at the helm, the Israeli administration has disapproved to acknowledge Palestine as a separate diplomatic and political country and continues to develop colonies in the occupied territories.

WE RECOMMEND
Palestine accuses Israel's company of installing spyware on its officials for spying
Hamas sentences six Palestinians to death for collaborating with Israel
Israel to grant legal residence permit to 4,000 Palestinians in occupied West Bank & Gaza
Israel against US mission for Palestinians in Jerusalem
Israel's ambassador to UK Tzipi Hotovely jeered at by pro-Palestinians at LSE event