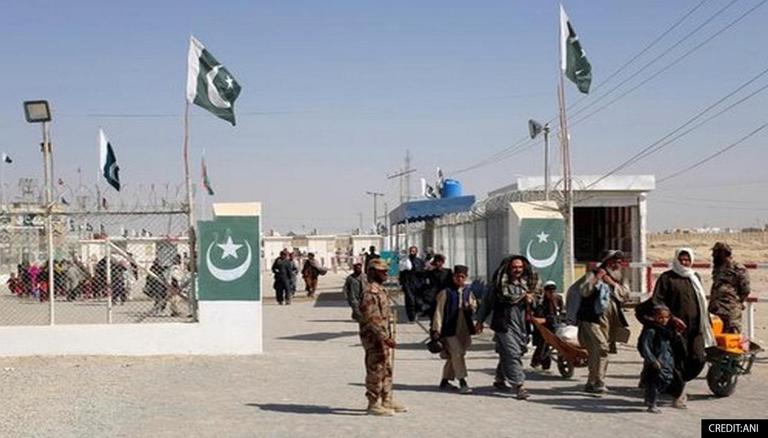 
People in Afghanistan have begun blaming Pakistan for the country's war-ravaged situation saying that it protected the Taliban when they were at war against the terrorist group. This statement was made by Fabien Baussart, the President of the Centre of Political and Foreign Affairs. Baussart wrote in Times of Israel that the Taliban were being given shelter in the northwestern areas of Pakistan to plan their assaults ever since the US entered Afghanistan.

People have been hostile on social media while blaming Pakistan’s role as there were allegations that the spy agency, ISI, was also responsible for the ongoing take over in Afghanistan. Baussart further said, “On Twitter, #sanctionPakistan trended soon after the Taliban announced victory. The hashtag was used 730,000 times and 37% of the originated from Afghanistan.” He also claimed that the first vice president of Afghanistan, Amrullah Saleh, once revealed that Pakistan was oppressing the country giving its support to the Taliban. Pakistan Prime Minister Imran Khan justified the role of Pakistan saying that the Taliban are normal civilians and not a military outfit. He further said, "How the country is supposed to hunt them down when it has three million Afghan refugees at the border." Baussart said that many Afghan officials and even international experts found out that the Taliban would not have been able to take over the country without assistance from Pakistan.

How were the Taliban and Pakistani High Command linked?

Pakistan's former President General Pervez Musharraf said a few years ago that the ISI was the reason behind the emergence of the Taliban as Afghani officials and most of Afghanistan had good ties with India. He said, "Obviously we were looking for some groups to counter this Indian action against Pakistan. That is where the intelligence work comes in. Intelligence being in contact with Taliban groups. Definitely, they were in contact, and they should be." However, Pakistan's assistance to the Taliban meant that many other terrorist outfits were born inside Pakistan.

This caused internal conflict and that challenged the country's leadership by carrying out several terror attacks inside Pakistan. The Taliban positioned themselves outside Kabul on Sunday as they waited for the government to surrender. When the surrender became official, the Taliban took control of the presidential palace. The main leaders of the Taliban have been discussing future government plans in Doha.

WE RECOMMEND
What is the Taliban? How did Taliban emerge? What was Afghanistan before 9/11, 2001?
China recognises Taliban's Islamic govt in Afghanistan: 'We respect people's decision'
Afghanistan: Taliban has breakfast at Governor House after taking over Jalalabad
Owaisi slams Centre for not holding talks with Taliban after investing in Afghanistan
Chinese mouthpiece warns Hong Kong over US ties; cites Taliban's takeover of Afghanistan