Operation Ark, ex-Marine Pen Farthing mission to bring animals back to UK following the Taliban take over of Afghanistan, is now being examined by regulators. 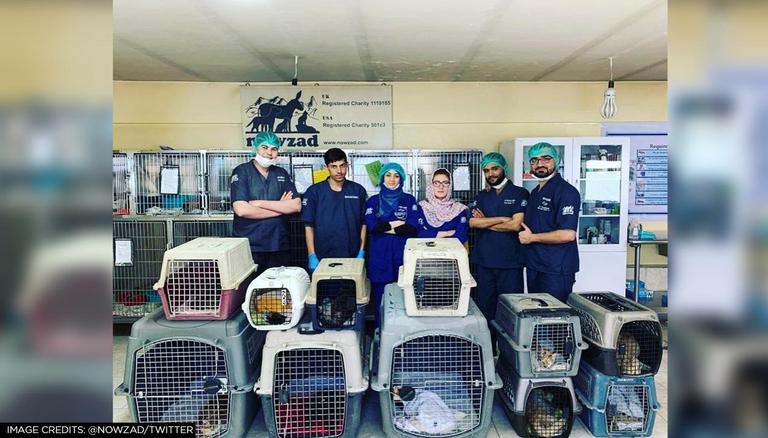 
Operation Ark, a former British Marine’s mission to bring animals back to the UK following the Taliban take over of Afghanistan, is now being examined by the Charity Commission. According to BBC, Operation Ark was launched by Pen Farthing's charity ‘Nowzad’ to evacuate staff members and their families, along with the animal in its care. The mission had garnered a lot of public attention across the world and it also received huge public support.

The Afghan-based animal clinic, Nowzad, had managed to raise more than £200,000 in just days and it completed the “extremely fraught but ultimately successful” evacuation mission. In a Twitter statement, the charity had informed that all staff, and their families, including kids and 162 dogs and cats, were rescued back to the UK.

Now, the examination of the charity, which is registered in England and Wales, comes after the regulators received reports around the governance and financial arrangements of Operation Ark. According to the media outlet, the regulators will be looking into the funding arrangements of the mission, which raised over £200,000. The Charity Commission will be examining the use of the funds for the evacuation and whether it is in line with the organisation’s purpose.

Currently, the regulators are asking for Nowzad trustees’ comments on Operation Ark, specifically, how it furthered the organisation’s purpose. The Charity Commission has made it clear that they are gathering information and no findings have so far been made.

Operation Ark was ‘right thing to do’

Nowzad, on the other hand, has confirmed the Charity Commission’s examination. The charity said that it acted correctly. It said that the trustees of the organisation are “wholly confident” that Nowzad’s work amid the Afghanistan crisis was both “right and only thing to do”. It added that the work they did in the war-torn country following the violent Taliban take over was “absolutely in furtherance of the charity’s purpose”.

Moreover, Nowzad went on to say that trustees of the charity of course recognise that it is entirely proper for the Commission to gather more information regarding the “high-profile” and “unprecedented” operation. It added that it is “very happy” to provide the information requested.