Filipino President Rodrigo Duterte's daughter is set to run for the country’s presidential seat in next year’s election, according to a report by ABS-CBN. 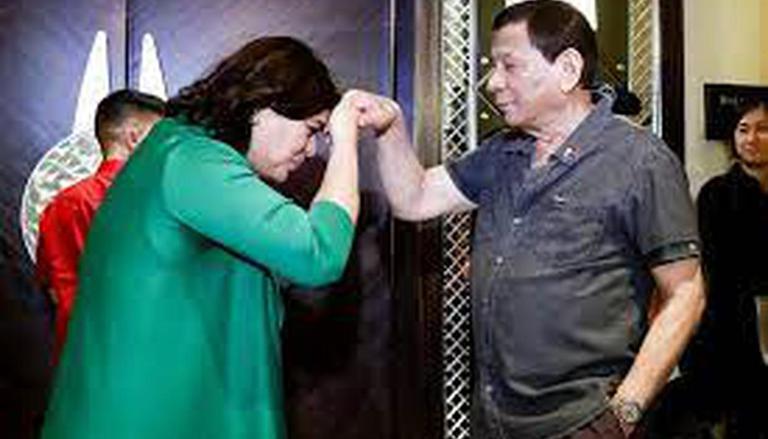 
Filipino President Rodrigo Duterte's daughter is set to run for the country’s presidential seat in next year’s election, according to a report by ABS-CBN. Meanwhile, Senator Christopher "Bong" Go, who was previously touted as the Presidential candidate, would be her running mate. The revelations were made by the incumbent president, who recently revealed that he himself would be retiring from politics soon.

At present, Sara Duterte Carpio is serving as the mayor of the archipelago’s third-largest city Davao. Meanwhile, in the same interview, Duterte revealed that he does not talk politics with his daughter. "Ah, no, actually we don't talk about politics, ever since we never talk about politics. I would say that it is for the better," Duterte was quoted as saying by ABS-CBN.

The Pacific archipelago is set to hold its Presidential elections starting 9 May next year. The Filipino constitution forbids the president to run for a second term. Earlier in August, Duterte announced that he would run for the vice presidency, triggering criticism that the move was made to ensure his stronghold on power.

Who is running in Sara's opposition?

The Filipino constitution forbids the president to run for a second term. Previously, a boxer turned politician Manny Pacquiao said that he would run for the country’s upcoming presidential elections. Accepting his nomination in a formal ceremony, the 42-year-old senator reckoned that the time had come to challenge the leadership. Notably, Pacquiao has been a staunch critic of the incumbent president Rodrigo Duterte and has lambasted him for his close ties with China.

Pacquiao is a celebrated national hero, majorly due to his humility and hauling himself out of poverty to become one of the world’s greatest boxers. On Sunday, he asked, “For those asking what are my qualifications, have you ever experienced hunger? Have you ever experienced having nothing to eat, borrowing money from your neighbours or waiting for leftovers at a food stall? The Manny Pacquiao that is in front of you was moulded by poverty." According to analysts, anti-poverty and anti-corruption measures are expected to make the majority of Pacquiao’s election manifesto.

WE RECOMMEND
6 NPA rebels killed in separate clashes with military in Southern Philippines
COVID: Philippines to lift travel ban on India, 9 other countries from September 6
Philippines president Rodrigo Duterte quits politics; not to contest next year's elections
Philippines' Duterte to run for VP in 2022, to continue 'crackdown' on drugs, insurgents
Philippines sceptical as Duterte's daughter denies running for presidential candidacy