The son of the Philippines' former dictator has announced that he will run for the Presidential post in next year’s elections, Associated Press said. 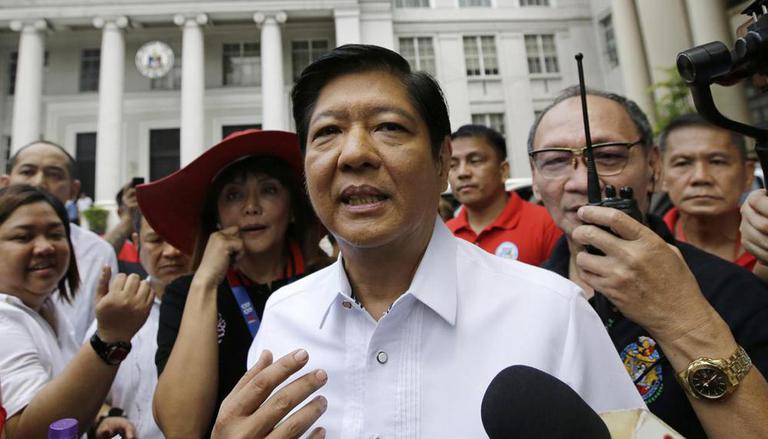 
The son of the Philippines' former dictator Ferdinand Marcos has announced that he will run for the presidential post in next year’s elections. In an elaborate video message on Facebook, Ferdinand Marcos Jr. said that he would  bring “unifying leadership” to the country. “Let us bring Filipinos back to one another in service of our country, facing the crisis and the challenges of the future together,” he added further as he disclosed his intention to be the country’s next leader.

Since the polls were first announced, the archipelagic nation has witnessed a dramatic turn of events including incumbent president Rodrigo Dutretre quitting politics. Notably, Ferdinand is an ally of Dutretre and has previously advocated his proposal to award death penalty to drug traffickers. Popularly known as ‘Bongbong’, the 64-year-old is the only son of former President Ferdinand Marcos Sr, who seized power in 1972 and continued to rule for two decades.

Who is running in Pacquiao's opposition?

At present, former boxing champion Manny Pacquiao and mayor of Manila Francisco Domagoso have already announced their candidacy for the presidential post. Last week, a report by ABS-CBN disclosed that Duterte's daughter intended to run for the country’s presidential seat in next year’s elections. It added that Senator Christopher "Bong" Go, who was previously touted as the Presidential candidate, would be her running mate.

READ | Philippines' Duterte speaks out on inequities at UN

The Pacific archipelago is set to hold its Presidential elections starting 9 May next year. The Filipino constitution forbids the president to run for a second term. Earlier in August, Duterte announced that he would run for the vice presidency, triggering criticism that the move was made to ensure his stronghold on power.

On 2 October, Philippines president Rodrigo Duterte declared his retirement from politics and cancellation of plans to compete for vice president in next year's elections when his term ends, avoiding a legal struggle with opponents. Speaking to the media, he stated that many Filipinos had registered their opposition to his vice-presidential bid in public forums and surveys, according to The Associated Press (AP). "The overwhelming view among Filipinos is that I am unqualified for the post, and it would be a constitutional violation if I decide to contest against people's will. I announce my retirement from politics," he was quoted as saying by the AP.