“I'm not so much interested now in fishing. I don't think there's enough fish to quarrel about,” Philippines' Duterte said at a state televised conference.


Days after tensions escalated over incursions by at least 200 Chinese vessels in the Philippines’ exclusive economic zone EEZ surrounding the disputed Whitsun Reef, President Rodrigo Duterte announced that he will ramp up the military ship deployment in the South China Sea, ending his “policy of subservience” towards China. In a televised briefing late on Tuesday, Manila’s President stressed that he was preparing to send vessels to ‘stake a claim’ on oil and minerals in the resource-rich waters, assuring his country, that Manila would assert its rightful claims defying Beijing’s threats and its belligerence in regions where Manila upheld its sovereignty.

“I'm not so much interested now in fishing. I don't think there's enough fish to quarrel about,” Duterte said at a state televised conference. “But when we start to mine, when we start to get whatever it is in the bowels of the China Sea, our oil, by that time I will send my grey ships there to stake a claim,” he continued. 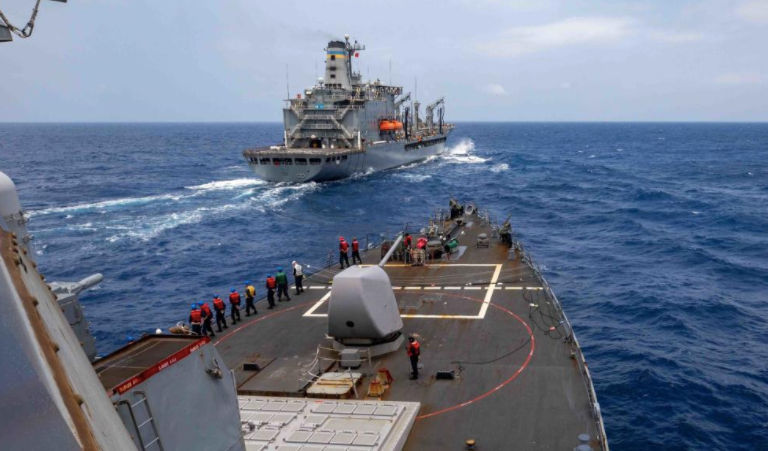 Warning China against any moves of drilling oil in Philippines territorial waters by the Chinese maritime militia, Duterte said, “If they start drilling oil there, I will tell China, is that part of our agreement?” Continuing his threats, the Philippines leader said, “If that is not part of our agreement, I will also drill oil there.” Duterte stressed that he had tried to remain friends with China and “share” resources, but Beijing’s deliberate aggression and mining of rich deposits of natural resources in the Philippines waters pushed him to increase military deployment in the region.

The Philippines leader warned of “bloodshed”, indicating that any action from China’s side would lead to escalation of the conflict as tensions remain heightened between the two southeastern Asian countries. Duterte’s remarks came as just a day ago, reports emerged that the Armed Forces of the Philippines criticized the politician for his inaction over China’s expansionist move in the Philippines’ exclusive economic zone. 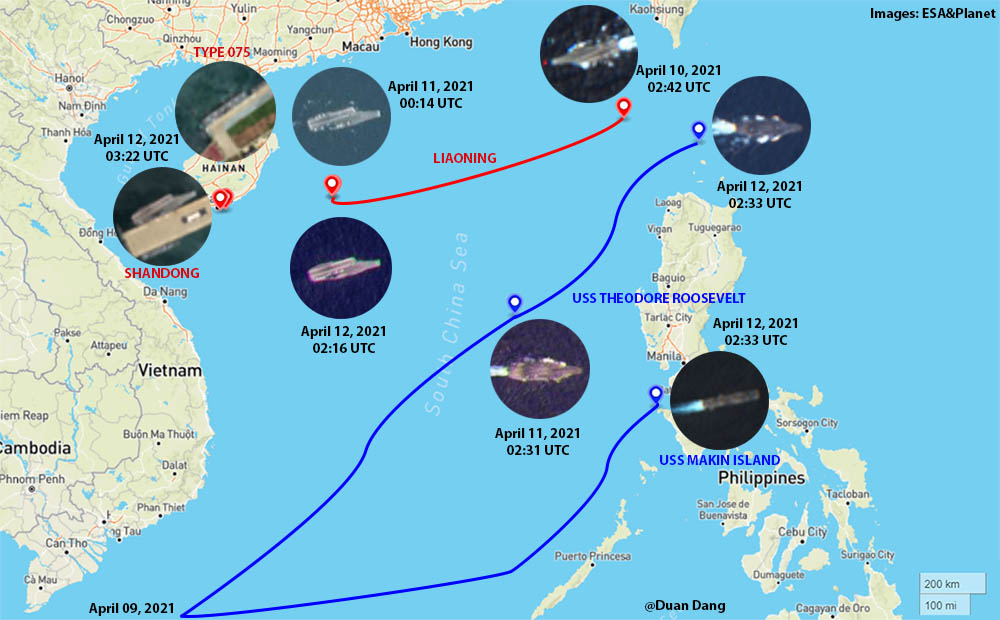 [US, and Chinese flattops in the South China Sea. Credit: ESA&Planet]

READ | US Navy aircraft carrier back in South China Sea 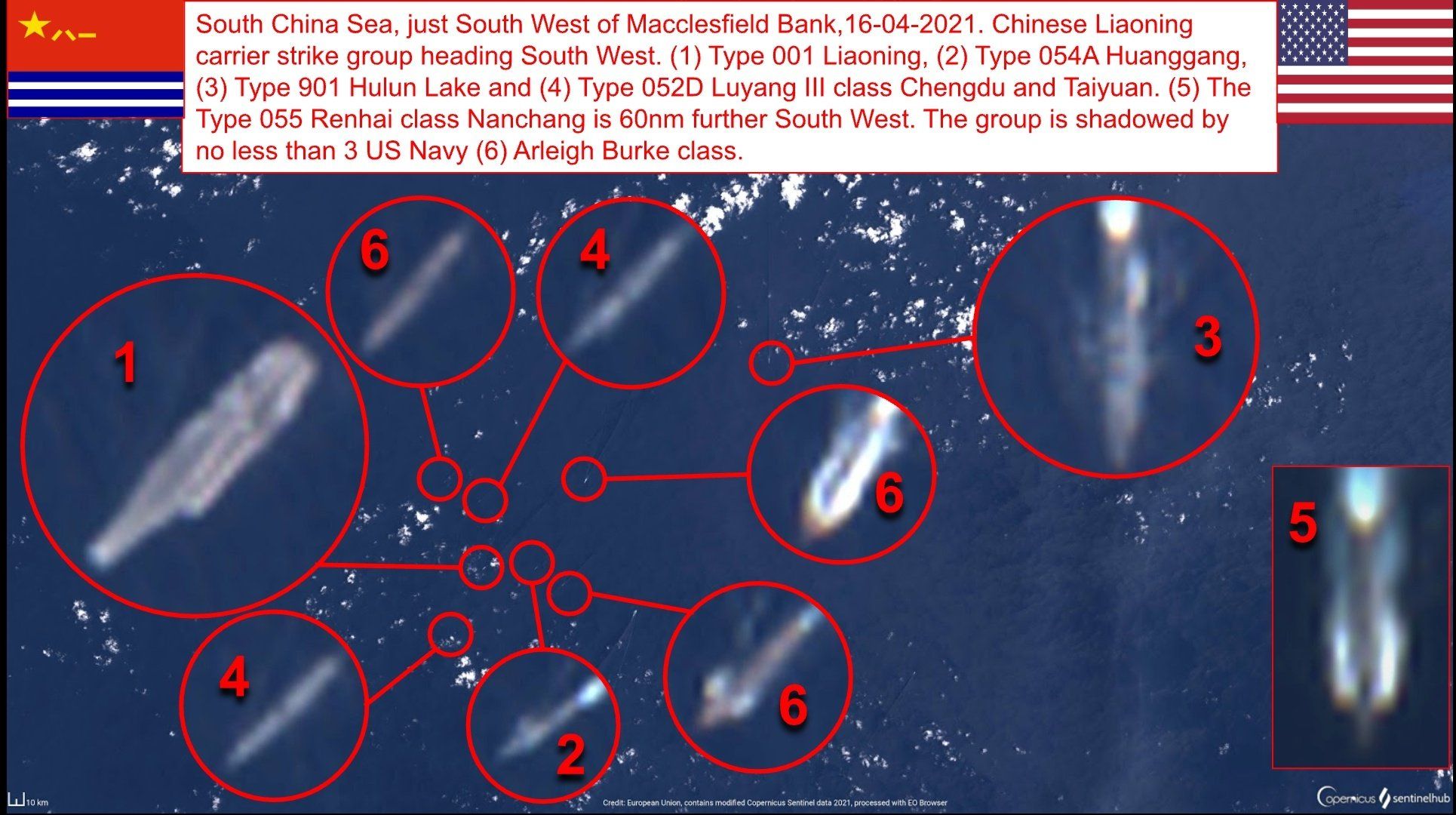 READ | US Navy video of carrier in South China Sea

Even as Chairman of the Joint Chiefs of Armed Forces of the Philippines Cirilito Sobejana, Defense Secretary Delfin Lorenzana, and the island nation’s other top diplomats, last month, condemned China for its deployment of more than 200 Chinese fishing vessels, which it believed were crewed by militias, Duterte had largely remained silent. The Chinese vessels encroached a boomerang-shaped and shallow coral reef, which Manila calls Julian Felipe, located about 175 nautical miles (324 kilometres) west of Bataraza town in the western Philippine province of Palawan. China also lays sovereign claims on the archipelago.

Despite the United Nations Convention on the Law of the Sea (UNCLOS) that identifies Paracel Islands and Spratly Islands’ territorial waters as ‘international,’ China lays maritime claims on 90 per cent, 1.3 million square miles of the South China Sea with belligerence against smaller island nations of Vietnam, the Philippines, Taiwan, and Malaysia. The Philippines had earlier threatened China to ‘immediately’ evacuate its union reef’s exclusive economic zone EEZ as it accused Beijing of ‘incursion’ and “provocative action of militarizing the area”. The boats, however, had remained undeterred. 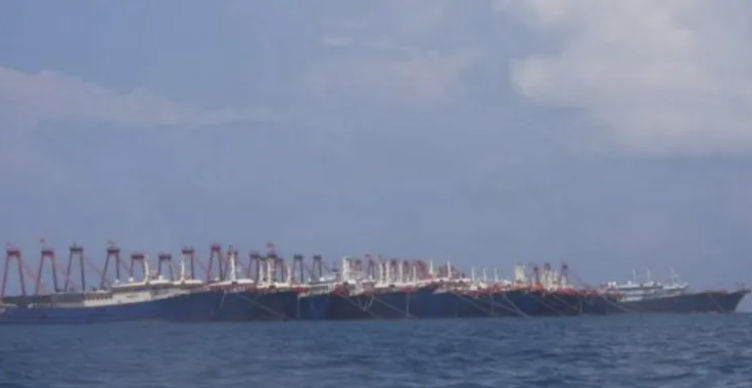