On Monday, PM Modi asserted said that the MoUs which were signed with Nepal will “diversify and deepen cooperation” between the two neighbouring countries. 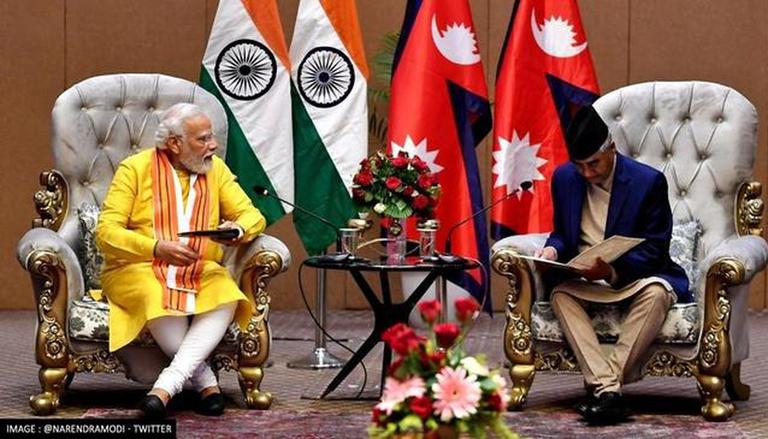 
As India and Nepal signed three Memorandums of Understanding (MoUs) on cooperation in cultural and educational sectors during Prime Minister Narendra Modi's visit to Lumbini on Monday, May 16, PM Modi said that the MoUs which were signed will “diversify and deepen cooperation” between the two neighbouring countries.

Today’s meeting with PM @SherBDeuba was excellent. We discussed the full range of relations between India and Nepal. Key MoUs were signed which will diversify and deepen cooperation. pic.twitter.com/UzchwOqCZp

MoUs/Agreements signed between India and Nepal:

Marking the auspicious occasion of Buddha Purnima, PM Modi along with his Nepalese counterpart Sher Bahadur Deuba visited the sacred Mayadevi temple in Lumbini and offered their prayers. “I would like to thank PM @SherBDeuba for the warm welcome in Lumbini,” PM Modi wrote in a tweet amid his one-day visit to the Himalayan nation.

PM Modi, Nepal PM Deuba and his spouse Dr. Arzu Rana Deuba also paid their respects at the Marker Stone inside the Maya Devi temple premises, which pinpoints the exact birth spot of Lord Buddha. After this, the two PMs went ahead to attend the pooja conducted as per Buddhist rituals.

PM Modi also lit a butter lamp in front of the Ashokan Pillar adjacent to Mahamaya Devi Temple, which was erected by Emperor Ashoka in 249 BC and bears the first epigraphic evidence of Lumbini being the birthplace of Lord Buddha. PM Modi visited the Bodhi tree, which was gifted by him during his 2014 visit. The Indian Prime Minister also offered prayers to Lord Buddha at the Mahaparinirvana Temple in Kushinagar later in the day.