Russia and Saudi Arabia discussed topical issues of bilateral cooperation, with an emphasis on the expansion of mutually beneficial trade and economic ties. 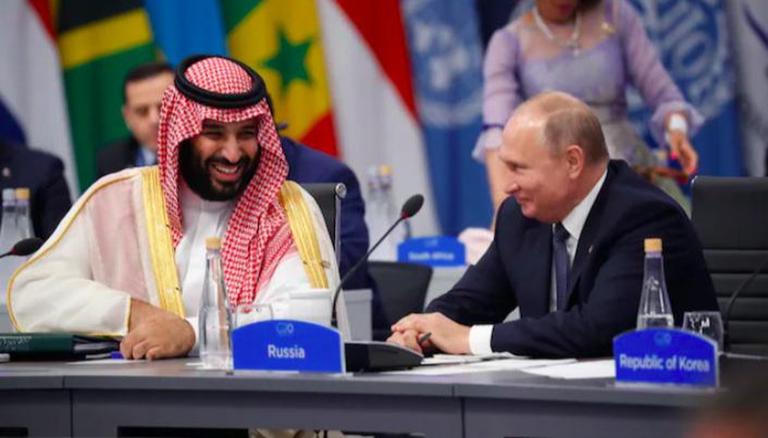 According to a statement released by the Kremlin, the ally nation leaders "praised the level of friendly relations between Russia and Saudi Arabia. They discussed topical issues of bilateral cooperation, with an emphasis on the expansion of mutually beneficial trade and economic ties."

The phone call between Russia's Putin and the Saudi Crown Prince came just days after US President Joe Biden's Middle East tour. MBS had also earlier said around the time of US President Joe Biden's visit that if Washington will align with nations that only demonstrate the US ideals, then it "will only have NATO states to cooperate with." MBS stressed that the US will be left isolated to "only deal with countries that share 100% of its values and beliefs", implying the European and NATO members and allies.

Putin and Saudi Crown prince also examined the latest developments in the global oil market. Moscow and Riyadh focused on the "importance of further coordination within OPEC+," the Kremlin informed. "The parties were pleased to note that the OPEC+ member countries consistently fulfil their obligations in order to maintain the necessary balance and stability in the global energy market," it continued to add.

READ | Putin is 'entirely too healthy' but 'professionally trained to be cynic', avers CIA chief

Russian President Putin and Mohammed bin Salman Al Saud discussed the ongoing Syrian crisis as well as the recent trilateral dialogue held by the guarantor states of the Astana Process on the settlement in Syria, which was held on July 19 in Tehran.

The diplomatic process was launched by Russia in line with Resolution 2254 of the UN Security Council for peaceful settlement of the ongoing conflict in Syria where Putin's forces support Bashar-al-Assad's regime.  The three nations Russia, Iran and Turkiye discussed the joint efforts to facilitate the comprehensive settlement of the crisis in the Syrian Arab Republic. The two leaders also agreed to establish communication channels at various levels.