Qatar has agreed to provide consular services and monitor the condition of the United States diplomatic facilities in Afghanistan, said Anthony Blinken 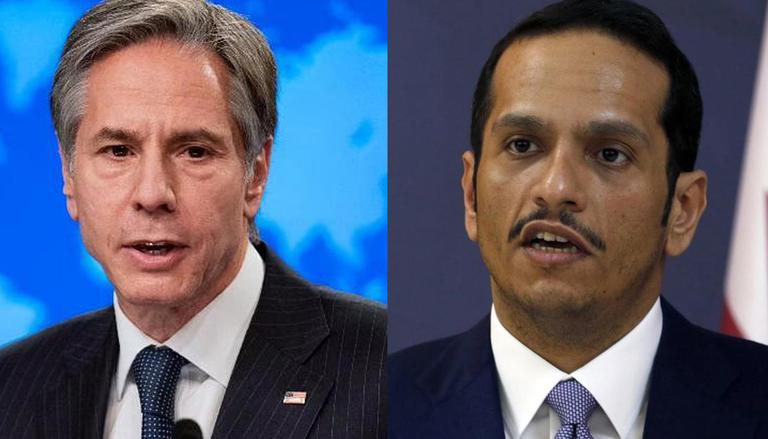 This first official representation for the US comes as the international community is struggling to engage with the Taliban, following its ascent to power in Afghanisation after US military pullout.

After a meeting with Qatari Foreign Minister Mohammed bin Abdulrahman Al-Thani, Blinken said Qatar will become a "protecting power" of the US in Afghanistan. He hailed Qatar as a crucial partner" in promoting regional stability.

Qatar will establish US interests section within its own embassy in Kabul to provide consular and other services to American citizens in Afghanistan, Blinken said. Qatar will also assume responsibility for the security and protection of now-vacant US diplomatic facilities in the Afghan capital.

"The second agreement formalizes our partnership with Qatar to facilitate the travel of Afghans with US Special Immigrant Visas," he added.

America has numerous protecting power agreements in countries where it does not have diplomatic representation. Those notably include Switzerland in Iran, Sweden in North Korea, and the Czech Republic in Syria.

READ | Afghanistan: Taliban to issue weapons permit to national traders for their safety

Qatar has been a key player in discussions between the Taliban and the United States for many years. It hosted months of US-Taliban peace talks and has since been critical to the evacuation of American citizens and others from Afghanistan.

Of the more than 124,000 Americans, US lawful permanent residents, and at-risk Afghans that left Afghanistan, roughly half of them travelled through Qatar aboard U.S. military and Qatari charter flights, Blinken said.

WE RECOMMEND
Brazil beats Colombia 1-0 to qualify for Qatar World Cup
WFP chief arrives at Afghanistan to help nation avert 'world’s worst humanitarian crisis'
How the Premier League 2022-23 season would be affected by Qatar World Cup '22
US CRS report exposes Pakistan, states 'it has played a destabilising role in Afghanistan'
Afghanistan: Taliban to issue weapons permit to national traders for their safety