As two explosions jolted Afghanistan's capital city Kabul on Thursday, Rashid Khan took to his Twitter handle and appealed to stop the killings of Afghans 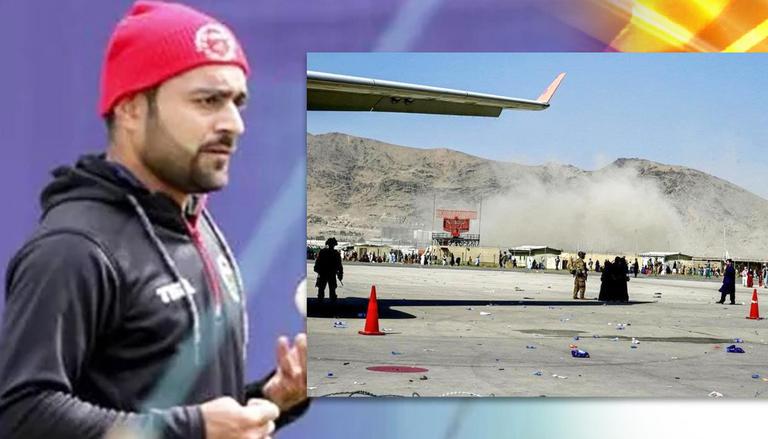 
As two explosions jolted Afghanistan's capital city Kabul on Thursday, cricketer Rashid Khan took to social media and appealed to stop the killings of innocent Afghans. As thousands awaited evacuation inside and outside the Kabul airport, two explosions went off killing at least 11 and injuring 15, as per the latest estimates which are likely to grow as more information becomes known.

Afghanistan's T20 skipper Rashid Khan took his Twitter handle and wrote that Kabul is bleeding again and requested to stop the killing of Afghans.

Before the Taliban takeover, Rashid Khan had appealed to the world leaders to not leave his motherland in ‘chaos’. He also mentioned that thousands of innocents, including children and women, are getting martyred every day and the houses and properties are being destroyed as well.

A massive explosion has been reported at the Hamid Karzai International Airport in Kabul on Thursday. Soon after that, a second explosion was reported outside Hamid Karzai International Airport on Thursday. The blast took place near the Baron Hotel. This development was confirmed by the Turkish Defense Ministry. The first explosion was a result of suicide bombing, and it was followed by gunfire, according to Republic Media Network's sources.

Pentagon Press Secretary John Kirby confirmed the twin blasts and informed that the 'explosion at the Abbey Gate was the result of a complex attack' adding that a number of US & civilian casualties have also been reported.

We can confirm that the explosion at the Abbey Gate was the result of a complex attack that resulted in a number of US & civilian casualties. We can also confirm at least one other explosion at or near the Baron Hotel, a short distance from Abbey Gate. We will continue to update.