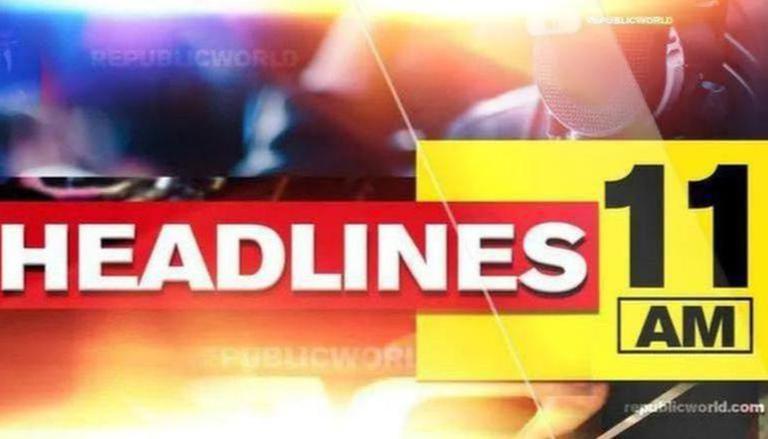 Acting on the rising tensions in Lakhimpur, section 144 has been imposed in the district on Sunday night along with additional police deployment. Entry of political leaders into the district has been banned and heavy deployment of police has been made in surrounding districts too. Opposition leaders like Priyanka Gandhi Vadra, Deepender Hooda (Congress), Sanjay Singh (AAP) and Chandrashekhar Azad (Bhim Army) have been detained enroute to Lakhimpur, while SP chief Akhilesh Yadav has been placed under house arrest in Lucknow where clashes resulted in eight deaths on Sunday.

Following Mamata Banerjee's historic win in the Bhabanipur by-poll, Trinamool Congress (TMC) is geared up for the upcoming assembly elections of four constituencies as it announced the candidates' list for the same on Sunday, October 3. TMC has decided to field Brajkishore Goswami from Santipur, Udayan Guha from Dinhata, Subrata Mondal from Gosaba, and Shobhandeb Chattopadhyay from Khardaha.

In a key development on Monday, Samajwadi Party chief Akhilesh Yadav was placed under house arrest as he was scheduled to visit the Lakhimpur-Kheri district where the violence took place on October 3. Visuals showed that a large contingent of police and Rapid Action Force personnel have been deployed outside his Vikramaditya Marg residence. Moreover, a stationary truck is blocking the road in order to prevent Yadav from leaving. In protest, scores of SP workers are demonstrating at the spot.

Bollywood actor Salman Khan reached the residence of superstar Shah Rukh Khan on Sunday evening after his son Aryan was arrested by the NCB in a drugs bust. The actor was seen arriving at Shah Rukh's residence- 'Mannat' in his white Range Rover. Salman was spotted sitting at the front seat, wearing a casual black T-shirt and cap as he reached the gates of Shah Rukh's house to extend support to him. After meeting SRK, Salman Khan left 'Mannat' shortly after.

With talks underway between the central government and Zydus Cadila over the pricing of the COVID-19 vaccine ZyCov-D, the pharma company is learnt to have proposed a price of Rs 1,900 for its three-dose jab that can be given to those above 12 years of age.

On October 2, the NCB busted a rave party on the Cordelia cruise ship and detained 8 persons. Shah Rukh Khan's son Aryan Khan is among those being questioned in the Mumbai cruise drug bust case.

Over 700 Pakistanis, including some ministers and key members of Prime Minister Imran Khan’s inner circle, were listed among the individuals whose names were linked with the Pandora Papers, an investigation uncovering financial secrets held by high-profile individuals around the world.

The infighting in the Congress party continued on Sunday with another senior leader standing against party colleague Kapil Sibal. Mallikarjun Kharge fuming over Sibal's 'No President' statement and added that 'if there is no president, then how elections took place earlier this year'. Earlier, Kapil Sibal had launched a scathing attack on the party and Sonia Gandhi over the neverending crisis in Punjab Government.

Expressing concerns over the escalated Chinese incursions into Taiwan's air defence territory, the United States has slammed Beijing for its 'destabilising' and 'provocative' behaviour. State Department spokesperson Ned Price on Sunday urged Beijing to "cease its military, diplomatic, and economic pressure and coercion against Taiwan," adding that the US has an "abiding interest" in peace and stability across the Strait.