There are a variety of grapes known as Ruby Roman that can cost a couple of lakhs, not for a farm load, but for a bunch, a single grape costs around Rs 35,000. 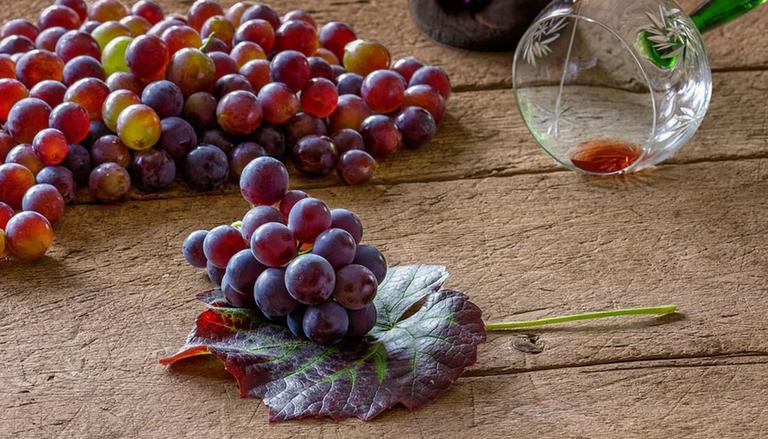 
There are a variety of grapes known as Ruby Roman that can cost a couple of lakhs, not for a farm load, but for a bunch. Due to their high value, they may be known as the Rolls Royce of grapes, as they were auctioned for a record price in Japan in 2019. Ruby Roman grapes, are known for being exceptionally juicy, low in acidity, and having high sugar content.

Ruby Roman grapes are a very rare variety of grapes. Each year, just 2,400 bunches of these grapes are produced, and the poor output is due to simple cultivation. To ensure the high quality of each grape, it is extensively checked. The grapes that are chosen are given a certification seal. The sale of this grape is subjected to rigorous regulations. This purple-coloured grape variety is just about the size of a ping pong ball.

Ruby Roman was introduced in Japan

These were first introduced in 2008 as a new premium selection fruit, according to a Hindustan Times report. These are exclusively grown and sold in the Ishikawa Prefecture of Japan. Every grape is thoroughly tested to assure its high quality and is marked with a certification seal.

A bunch of these grapes were sold for 1.2 million yen which is about Rs 7,55,000 in 2019. This indicates that a single grape costs around Rs 35,000. Many bunches of grapes were obtained by Hyakurakuso through a wholesaler who bid on the central full market in Kanazawa. It was the most expensive sale of the grape. Since then, the fruit has become highly popular, with only a handful being purchased to keep the demand high.

Grapes aren't the only fruit in Japan that is overpriced. Apparently, Japanese Miyazaki mangoes are also considered one of the most expensive fruits in the world with their cost being Rs 2.7 lakh per kilogram.

A couple in Madhya Pradesh happens to domesticate the Miyazaki mangoes. Four security men and six dogs were deployed to safeguard two Miyazaki mango trees in their orchard. A Jabalpur resident, was handed some mango saplings by a man while travelling on a train to Chennai. He and his wife Rani planted two of the saplings in their orchard in the hopes of them growing into regular mango trees. Their astonishment knew no bounds when the mature mangoes on the trees were ruby red in colour rather than yellow or green.