Russia is prepared to fly more than 500 people out of Afghanistan on four military planes, marking the country's first airlift since Kabul evacuations began 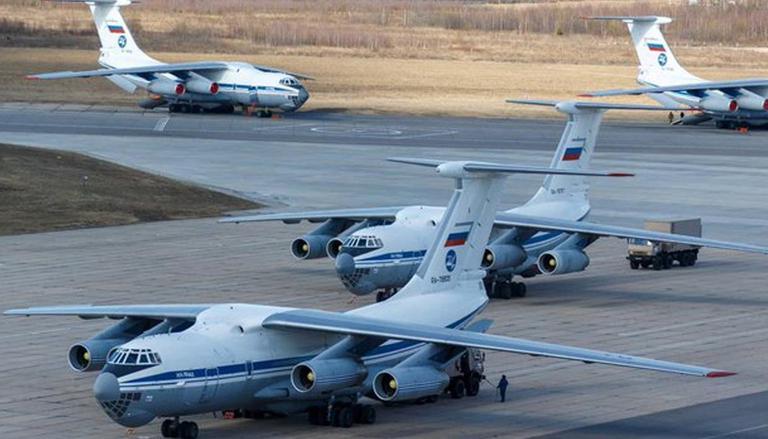 
Russia is prepared to fly more than 500 people out of Afghanistan on four military planes, marking the country's first airlift since Kabul evacuations began. The Defence Ministry announced on Wednesday that nationals of Russia and the CSTO member-states including Belarus, Kyrgyzstan, Tajikistan, Uzbekistan, and Ukraine will be airlifted from Kabul. Should any of the evacuees require medical assistance, teams of medical workers will be present on each plane, according to the ministry. The evacuations will be conducted out on Russian President Vladimir Putin's orders, according to the ministry.

CSTO is a military bloc of former Soviet countries

The Collective Security Treaty Organization (CSTO) is a military bloc of former Soviet countries led by Moscow. The military said that the medical and nursing teams of military doctors are located onboard each Russian military transport aircraft with the required medical equipment to give medical help and support to the evacuated population during the flight.

According to the Moscow Times, Russia has stated that it will offer civil aircraft to transfer anyone who chooses to flee to any foreign country that expresses interest in receiving and hosting them. Last week, Russian officials reported that one or two hundred Russian passport holders who remained in Afghanistan owing to the Coronavirus outbreak had been evacuated earlier. According to media sources, the Russian military conducted helicopter operations on the Tajik-Afghan border earlier Tuesday, as President Vladimir Putin warned of an influx of militants dressed as Afghan refugees into the Central Asian republics that Moscow regards as allies.

Afghanistan and Russia share a border with several ex-Soviet republics

Afghanistan and Russia share a border with several ex-Soviet republics in Central Asia. Despite the fact that the extremist group is technically banned in Russia, the Kremlin has been cautiously bullish about it since its capture of power in Kabul on Aug 15. The political office of the Taliban in Qatar informed Arab media on Tuesday that it has "excellent connections" with Russia and China. Putin promised on Tuesday that Russia would not interfere in Afghanistan, claiming that Moscow had learnt from the Soviet occupation.

The US faces an Aug 31 deadline to remove soldiers out of Afghanistan, which it is calling the "biggest airlift in US history" with the support of European and Middle Eastern partners.