“The French are not supplying it to us under EU demands because cable cars are classified as luxury items, and luxury items fall under sanctions,” Orlov said. 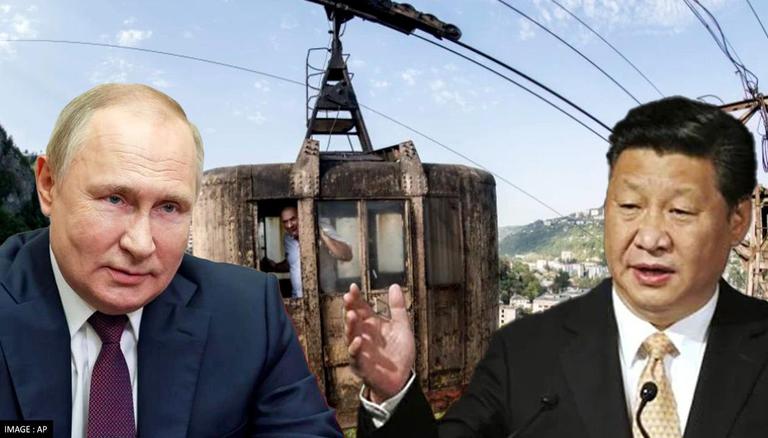 
EU sanctions have delayed the construction of what would have been the world’s first cross-border cable car between the two ally nations Russia and China which was scheduled to be completed by the year 2022. Blagoveshchensk-Heihe cable car is being built across the Amur River or Heilong Jiang, the world's tenth longest river that forms the border between the Russian Far East and Northeastern China.

Cable car to connect Heihe in China and Blagoveshchensk in Russia

The construction for the new cable car line, which would connect the cities of Heihe in China and Blagoveshchensk in Russia in a matter of minutes, was started in April 2021. It would comprise at least 2 lines and 4 cabins - each with a capacity of 60 passengers with additional space for the luggage. The time it would take to cross the river would be approximately 7:30mins, while the actual travel time will be 3:30 minutes. Cable car systems would provide a new form of public transport that, according to the construction firm, will be sustainable, extremely fast, reliable and efficient.

"Although primarily a pragmatic solution, cable cars are also a very congenial way to travel as they enable us to see and experience our cities in a whole new way," the designer of the project UNStudio said in a release.

The work on the 973-meter cable car, designed by the Dutch architectural practice UNStudio, has however slowed down since the European Union slapped sanctions on the Russian Federation for waging a war in Ukraine. Had it been completed, the cable car would already be transporting up to 2.5 million people a year in four 60-person cabins across the two countries. Both China and Russia invested a total of 5 billion rubles ($82.5 million) into the project. Amur region Governor Vasily Orlov told Moscow Times that the project was stalled due to EU sanctions over Russia’s invasion of Ukraine.

“The French are not supplying it to us under EU demands because cable cars are classified as luxury items, and luxury items fall under sanctions,” Orlov told the RBC news. “I’m absolutely confident the project will be implemented, but it will take another year,” he added, speaking on the sidelines of the Eastern Economic Forum in Russia’s port city of Vladivostok.

“I’m not ready to say yet whether the costs will change.”