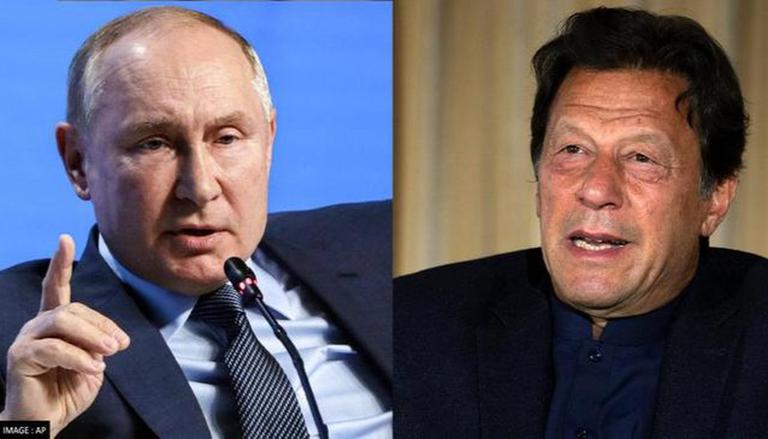 
In a recent development, Russia's envoy to Pakistan Danila Ganich has dismissed claims that the former Pakistan government led by Imran Khan reached an agreement with Moscow to buy wheat and oil at reduced prices. Ganich's remarks came following Khan's repeated claims that the Pakistan Tehreek-e-Insaf (PTI) government was buying cheaper oil from Russia, and also issued a letter to that effect after getting removed from power. However, according to the Russian envoy, only talks were held between Pakistani and Russian officials under the Imran Khan-led government, and the same discussions are taking place with the current Pakistan regime too.

"I confirm that no Memorandum of understanding (MoU) has been signed on the trade of wheat and oil at cheaper prices with Pakistan," Ganich asserted. According to Pakistani media, a trade agreement of USD 790 million (over Rs 6,100 crore) was inked with Pakistan, of which USD 212 million (Rs 1,600 crore) was promised to be spent on Russian wheat. "In 2020, an MoU was signed between the Ministry of Agriculture of Russia and the Ministry of Food Security of Pakistan in this regard," the Russian diplomat said while speaking to Pakistani media.

According to reports, the possibility of barter trade between Pakistan and Russia was being evaluated as a result of Western sanctions implemented against Russia in response to the Ukraine war. Earlier in May, Pakistani Foreign Office spokesperson Asim Iftikhar stated that the government has an "open policy" to boost economic and trade links since it is in the country's best interests. "Our policy is clear, you know in terms of expanding economic and trade relations, we have an open policy, driven by national interest. Wherever we see there is a national benefit, we pursue those options and avenues," Iftikhar remarked, The Express Tribune reported.

The diplomatic relations between Pakistan and Russia (former Soviet Union) were established in May 1948. According to the Embassy of Pakistan in Moscow, both countries have close, friendly, and cooperative relations, and their bilateral relations are characterised by mutual respect, trust, and agreement on the majority of international and regional issues. Meanwhile, in the domains of trade, energy, culture, defence, security, and people-to-people interactions, Pakistan intends to develop a long-term multi-dimensional strategic cooperation with the Russian Federation.