Maria Zakharova on January 11, slammed West's claims that Russia is an "aggressor" in the situation with Kazakhstan, by calling it 'nonsense.' 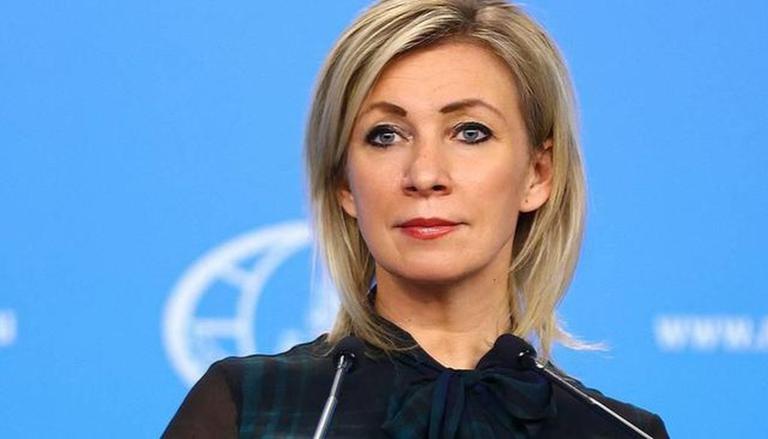 
Russian foreign ministry spokeswoman Maria Zakharova on January 11, slammed West's claims that Russia is an "aggressor" in the situation with Kazakhstan, by calling it 'nonsense,' Sputnik reported. The West's views that the Collective Security Treaty Organization (CSTO) peacekeeping soldiers are illegally deployed in Kazakhstan are driven by anger, according to Zakharova, because it cannot respond to a crisis so 'effectively.'

"This operation led to the end of the bloodshed, it stopped it. And right away we [hear] ... from people who have never been either deep analysts or experts in the situation, do not belong to this world at all and are not professionals, we read some kind of nonsense that Russia is an aggressor and so on," Zakharova stated, according to Sputnik.

Protests erupted in numerous Kazakh cities on January 2, against a twofold increase in the price of liquefied gas. It developed into widespread riots a few days later, with government buildings being ransacked in several cities. Thousands of people were hurt in the ensuing violence, with fatalities being recorded. Looting, attacks on government buildings, and armed skirmishes with the police broke out in several towns, including Almaty, the former capital and largest city in Kazakhstan. The Kazakh government retaliated by launching an anti-terrorist operation.

READ | 'Our choice': Russia replies to US appeal seeking withdrawal of troops from Ukraine border

Kassym-Jomart Tokayev, Kazakhstan's president, has also asked the Collective Security Treaty Organization for help in overcoming the terrorist menace. The CSTO responded by dispatching peacekeeping soldiers to Kazakhstan in an attempt to restore normalcy. Kazakh authorities claim that law and order have been restored in all of the country's regions. After the CSTO post-Soviet security group sent a peacekeeping presence to Kazakhstan amid a violent insurgency, claims from all sides reverberated that Russia has transformed into an "aggressor country."

READ | US attempts to 'blackmail and intimidate' Moscow on Ukraine are 'unacceptable': Russia

Sputnik quoted,  Zakharova as saying, "I can understand the anger and hatred of people who are now criticizing in the West, expressing bewilderment about the actions of the CSTO at the request of Kazakhstan, given what they did to Afghanistan and how they got out of there."

The diplomat commented on the CSTO's efforts, saying that the organisation moved professionally and rapidly to settle the situation, whereas other Western nations' operations had always failed. According to her, the CSTO member states behaved legally in a coordinated and unequivocal manner in reaction to recent occurrences in Kazakhstan.