The meeting took place on July 9 in Moscow where Sergey Lavrov and EAM S Jaishankar reviewed progress on a wide ranging collaboration between the two countries. 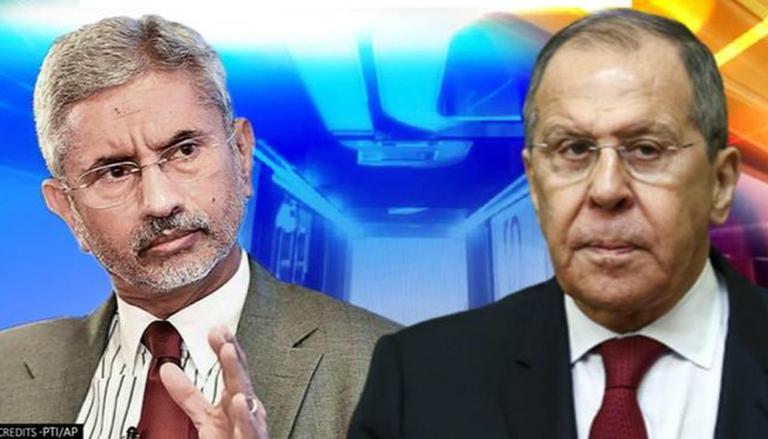 
External Affairs Minister S Jaishankar said on Friday that he had "constructive" talks with his Russian counterpart Sergey Lavrov and reviewed progress on broad-ranging collaboration in the space, nuclear, energy, and defence sectors between the two "time-tested" friendly nations.

Afghanistan, Iran, and Syria were among the global and regional challenges discussed by the two presidents.

Despite the fact that much has changed in the globe, both before and after the COVID-19 epidemic, India's relationship with Russia has remained stable, contributing to global peace, security, and stability, according to EAM Jaishanakar, who is in Moscow for a three-day visit.

"I think what makes our working together so natural and comfortable is our belief in a multipolar global order. We consider that to be a reflection of a very natural and inevitable process of evolution of inter-state relations in the 21st century," he said at a joint press conference with Lavrov.

READ | Bodies of all plane crash victims recovered in Russia

S Jaishankar said, "Our time-tested and trust-based relationship is very much not just in place but remains very strong, continues to grow."

He also expressed gratitude for Russia's assistance to India during the pandemic's second wave.

"Now India has become a partner of Russia in production and use of Sputnik V vaccine. And we believe that this is not only good for the two of us but it has positive implications for the rest of the world," Jaishankar said.

"A new dimension that has been added to our relationship is the agreement to hold 2+2 dialogue of foreign and defence ministers. We feel that we should do this sometime later this year."

"Satisfied with the overall development of our relationship"

"We are satisfied with the overall development of our relationship," Jaishankar said. "A lot of our cooperation is focused on space, nuclear, energy and defence sectors. The Kudankulam nuclear power plant project is on track and the concrete first port for unit five has taken place.

He said Russia is India's original and strongest partner in the space sector.