YouTubers and bloggers from France, Germany were offered money supposedly by a British-based Public Relations company with apparent connections to Russia 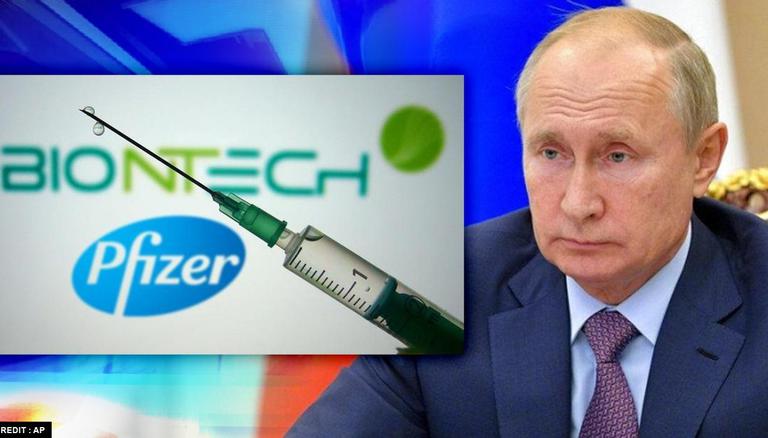 
Social media influencers, YouTubers and bloggers from France and Germany have been offered money supposedly by a British-based Public Relations company with apparent connections to Russia for denigrating Pfizer-BioNTech’s COVID-19 vaccine and falsely claiming that it caused hundreds of deaths. As per The Guardian report, ‘Fazze’ which is self-described as an “influencer marketing platform … connecting bloggers and advertisers” contacted several French health and science YouTubers last week asking them in broken English to “explain … the death rate among the vaccinated with Pfizer is almost 3x higher than the vaccinated by AstraZeneca.”

Even though the agency reportedly claimed to be based at 5 Percy Street in London but it is not yet registered there, Furthermore, it closed its website and shifted to a private Instagram account on May 25. Through Fazze, the French and German influencers were asked to publish links on YouTube, Instagram or TikTok to reports in Le Monde while on the Ethical Hacker website on Reddit about a leaked report containing data that supposedly substantiates the claim regarding the jabs.

The article which the internet celebrities were asked to link and is published in Le Monde is reportedly about data stolen by Russian hackers from the European Medicines Agency (EMA) and published later on Dark Web. The report contains no information regarding the claimed casualties and now, even the pages on the other two sites have been scrapped.

The media publication quoted the brief received by influencers and YouTubers where they were asked to tell their followers or subscribers that “the mainstream media ignores this theme” and question, “Why some governments actively purchasing Pfizer vaccine, which is dangerous to the health of the people?” Reportedly, it further stated demands such as “act like you have the passion and interest in this topic”, and to avoid using the words “advertising” or “sponsored” in posts or videos because “the material should be presented as your own independent view”.

The screenshots of the email sent he received were even posted on Twitter by a known French science YouTuber with 1.2 million subscribers, Leo Grasset. He said, “It's strange. I received a partnership proposal that consists of breaking down the Pfizer vaccine on video. Colossal budget, the client who wants to remain incognito and you have to hide the sponsorship.” Meanwhile, the French investigative news site Numerama also published portions of the exchanges including Fazze’s exhortation to “encourage viewers to draw their own conclusions, take care of themselves and their loved ones.”

Apart from Grasset, a German YouTuber with 1.5 million subscribers, Mirko Drotschman also posted screenshots of an email that asked him to participate in an “information campaign” about “a significant number of deaths” among recipients of the Pfizer-BioNTech COVID-19 vaccine. He wrote on Twitter, “Very interesting: an agency contacts me and asks if I want to be part of an “information campaign”. It's about sharing a link to allegedly leaked documents on corona vaccination deaths.”

As per LinkedIn, Fazze’s management buds from Moscow and has previously worked for an agency reportedly founded by a Russian entrepreneur. French media reports have also underlined the similarities between Fazze’s message and the official Twitter handle of Russia’s COVID-19 vaccine, Sputnik V.