'Won't make any concessions' | Russia Prepared To Hold Talks With US On Ukraine Row, Says Kremlin Ahead Of Geneva Meeting

Russia will not bow to pressure by the US or make any concessions, said Russia’s Deputy Foreign Minister Sergei Rybakov ahead of Moscow-Washington talks 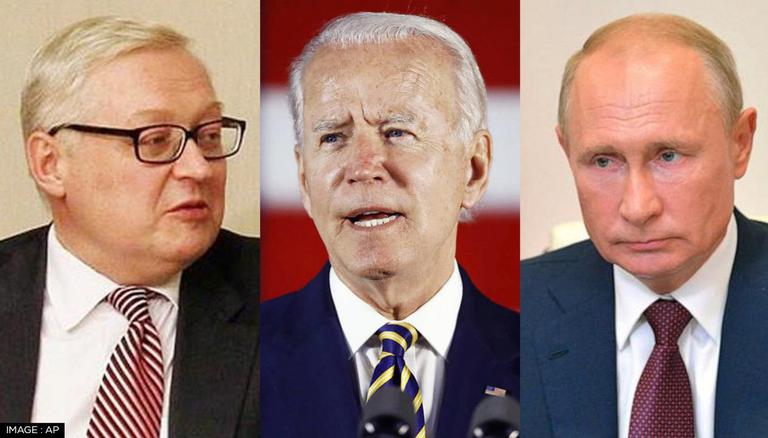 
Russia will not bow to pressure by the United States or make any concessions, said Russia’s Deputy Foreign Minister Sergei Rybakov ahead of Moscow-Washington talks in Geneva on 10 January. Russia and the US are set to hold talks on strategic ability on Monday which will be followed by a meeting of NATO-Russia Council in Brussels on Wednesday, 12 January, along with the consultations within the Organization for security and Cooperation in Europe (OSCE) in Vienna on Thursday, according to Sputnik.

Ahead of Moscow’s scheduled high-stakes talks, Rybakov told the Russian news agency that Kremlin is "very disappointed" by indications from both Washington and Brussels. Basically, the meetings are set to hold discussions on Russia’s security guarantees which were proposed by Moscow in December 2021. Russia’s Deputy Foreign Minister told Sputnik, “In a nutshell, they reflect a lack of understanding of what we need.”

He added, “And we need legal guarantees, legal guarantees that NATO will not expand further; elimination of everything that the alliance has created driven by anti-Russian phobias and all sorts of misconceptions about the essence of Russian policy since 1997,” as per the report.

Ryabkov even lamented the fact that the US is continuing to emphasise that Moscow should make unilateral concessions and added that Russia is not optimistic about the upcoming talks. According to him, the unilateral approach promoted by both Washington and NATO will be unable to serve as a foundation for the forthcoming discussions on security guarantees.

It is to note that talks over Moscow’s security proposals amid tensions brewing near its border with Ukraine, will be held in three formats. On 10 January, Russia and US will meet in Geneva, followed by a Russia-NATO Council meeting on 12 January and Russia-OSCE discussion on 13 January. These talks follow the publication of two draft agreements by the Russian Foreign Ministry on 17 December 2021 which included security guarantees between Russia, the US and NATO. In the published drafts, as per Sputnik, Russia has suggested that the United States should commit to not setting up military bases in ex-Soviet republics that are not NATO members and prevent the further eastward expansion of the alliance.