Russia’s defense chief said Tuesday that the troop pullback in Ukraine had “nothing to do with West’s warnings’ as he stressed that Moscow will continue to protect its sovereignty and national interests without interference from the West. “Some warned us that our activities on our own territory will have consequences,” Defence Minister Sergei Shoigu said, referring to Russia’s massive military build-up on the Ukrainian border near annexed Crimea. He stressed, “I would like to emphasize that we [Russia] don’t see such warnings as acceptable, and will do everything that is necessary to ensure the security of our borders.” Shoigu further stated that Moscow’s armed forces were observing the NATO forces’ deployment in Europe as part of the Defender-Europe drills, as he delivered remarks at a meeting of the CSTO (Collective Security Treaty Organization) Council of Defense Ministers in Dushanbe on Tuesday, according to TASS.

"We continue closely watching the situation, the relocation and deployment of NATO forces in Europe during the Defender-Europe drills. We are watching the redeployment of the 53rd infantry brigade of the US Army National Guard’s 29th division who arrived the day before yesterday at the Albanian port of Durres alongside 750 items of military hardware," Russia’s defense chief said. 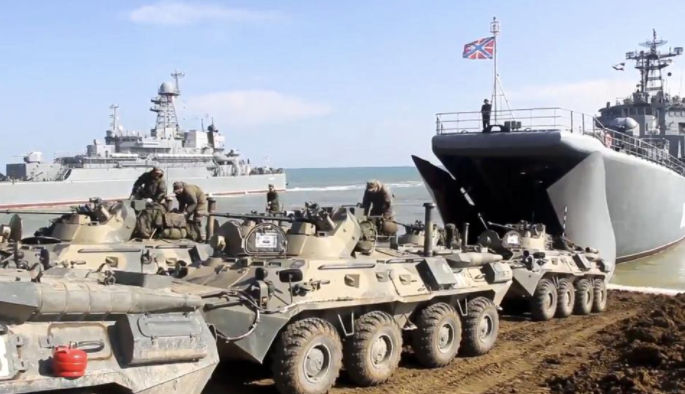 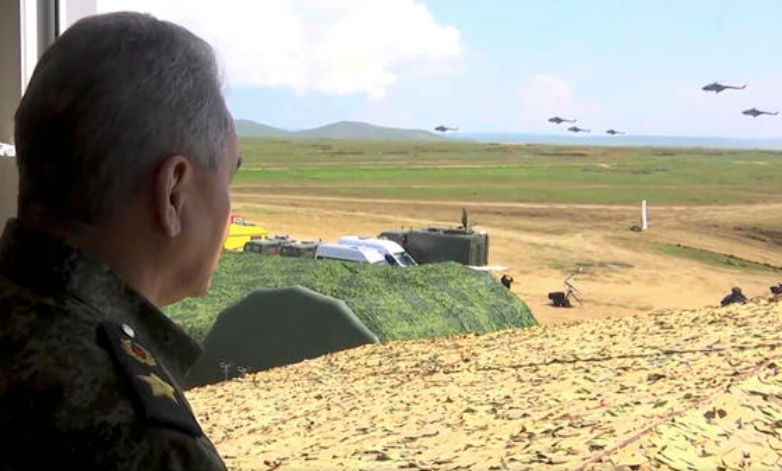 Rejecting the circulating claims that Moscow’s troop withdrawal was prompted by the West’s pressure to normalize ties and diffuse military tensions with neighbouring Ukraine, Russian defence minister said, “Russia moves troops within the national territory in accordance with its own plans.” He warned, “there can be no external influence on Moscow’s moves.” He stressed that Russia will continue to take military actions that it deems right to maintain the security of its borders.

“Some do not like military exercises in our territory, while others are annoyed by the return of our forces to their permanent locations,” Shoigu said. He continued, “There have been also those who warned us our activity in our own territory would not remain without consequences.” "I would like to stress: we disagree with such warnings, and are going to do our utmost to maintain the security of our borders further on," Shoigu said.

Earlier, tensions spiralled out of control after Russian troops converted Crimea into a powerful military outpost. Speculating the possibility of the Russian attack from the Crimea, Ukraine's Minister of Defense Andriy Taran told a European Parliament subcommittee on security and defense via video conference that Ukraine was “very much concerned over the deployment of new Russian troops.” This came as Russian President Vladimir Putin authorized his military forces to enhance deployment to encroach parts of the eastern Donbas region in Ukraine. 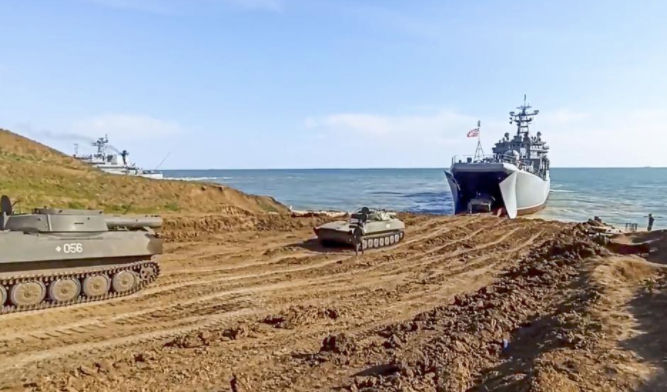 As many as 150,000 Russian troops landed on the Ukrainian border as President Volodymyr Zelenskyy accused Russia of ‘flexing military muscle’, and the US state department demanded that Russia explains “recent provocations.” However, last week, Russian Defense Minister Shoigu ordered his military forces to withdraw from the border and return to their permanent bases by May 1, confusing Washington, Europe, and the West. Troops prepared to leave after they conducted several military drills, de-escalating the standoff at the 1,200-mile border near the annexed Crimea.