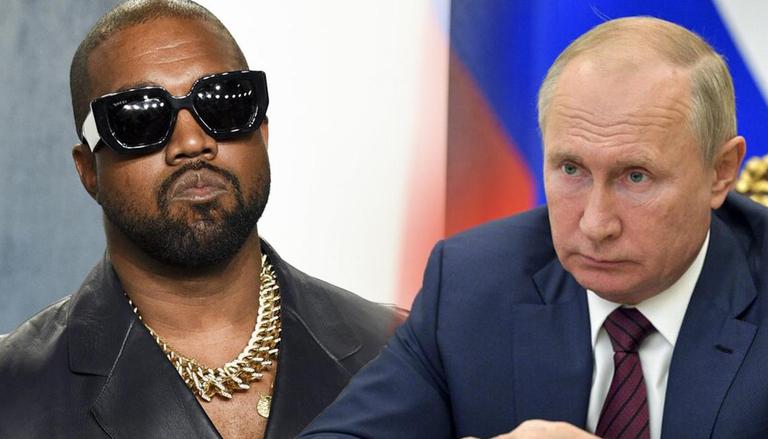 "I don't think that the presidential administration is executor vis-à-vis... The organisation of Kanye's trip," Peskov said, as quoted by Sputnik.

When asked if President Putin was aware of the rapper's activities and popularity, Peskov stated that he did not have "deep enough" knowledge to be able to offer a statement. "Not so deeply formulated to give ratings," a Twitter account dedicated to Kremlin Pool posted on Wednesday.

It is pertinent to mention that the aforementioned statements come after rapper Kanye West's associate and strategic advisor Ameer Sudan told the Billboard magazine that the musician was planning a trip to Russia later this year to meet with Putin and hold Sunday Service performances in Moscow. The travel plans were said to be arranged for spring or summer, adhering to Kanye's schedule. "He will be spending a lot of time...(in his) second home (Russia)," Sudan had told the publication.

"Kanye knows what he is going on more than an average human being. Is well aware of things and it is nothing and the United States or causes conflicts but Ye is Ye- he can't be controlled," Sudan had said responding to Billboard's question about the impact of Ye's decision amid the tensions between US-Russia relationship.

READ | Russia: Scientists are studying effects of interplanetary isolation on humans, here's why

"This is Ye. He is going to get there regardless. What are they going to say," he added.

The trip was said to be a part of Ye's business expansion in Russia in partnership with Aras Agalarov, a billionaire and close associate of Putin, who is also called the "Trump of Russia" for his self-branded buildings resembling the style of former US President Donald Trump's properties.

Clarification by Kremlin comes a day after West's representative, Pierre Rougier, denied any plans by the musician to meet President Putin, saying that the story was "entirely fabricated," the Rolling Stone reported. Rougier also added that the claims were a "work of fiction or wishful thinking from these Russian people."