Russia carried out a successful test of its Tsirkon hypersonic cruise missile, which is a new addition to an arsenal of weapons called “invincible" by Putin. 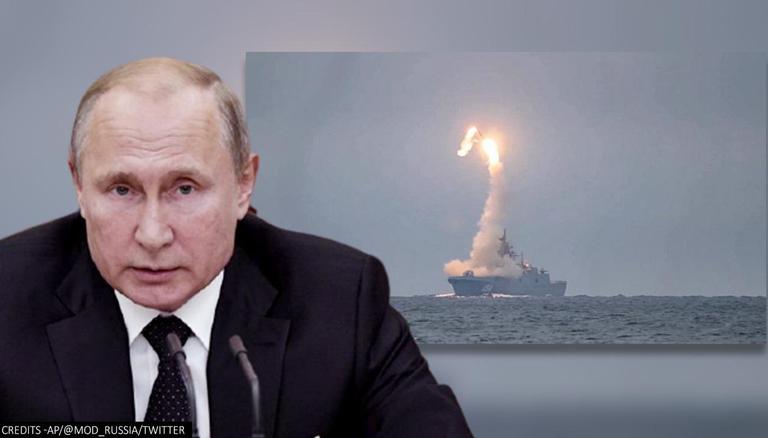 
Russia on July 19 said that it carried out a successful test of its Tsirkon hypersonic cruise missile, which is a new addition to an arsenal of weapons called “invincible” by President Vladimir Putin. According to a video shared by the Russian Defence Ministry, Admiral Gorshkov warship launched the cruise missile at a target on the Barents Sea coast in northern Russia. In a statement, the ministry said that the Tsirkon missile “successfully” hit a target directly at a range of over 350 kilometres.

The defence ministry added that the flight speed reached nearly Mach 7. Back in 2019, Putin had revealed the development of the new weapon and he had said that it could hit targets at sea and on land with a range of 1,000 kilometres and a speed of Mach 9. Now, the Russian defence ministry plans to quip warships and submarines with the Tsirkon.

According to the press release, the missile has undergone several recent tests. In October 2020, Putin had even described one of the test firings as a “great event not just in the life of our armed forces but for all Russia”. It is worth mentioning that in recent years, Moscow has touted the development of futuristic weapons which it hopes will give it the edge in any arms race with the US at a time of growing tensions with the West.

Trials of Zircon hypersonic missile to begin in August

Russia has even boasted of developing several weapons that circumvent existing defence systems, including the Sarmat intercontinental missiles and Burevestnik cruise missiles. Meanwhile, according to the Russian news agency, Tass, state trials of Russia’s newest Zircon hypersonic missile from a surface carrier will also begin in August 2021. As per reports, the first launch from the Admiral Gorshkov frigate within the state trials is planned for the first part of August. The second part of August will see flight trials of Zircon from the Severodvinsk nuclear submarine.

The Severodvinsk will perform the first launch from a surface position, firing at a surface target. Admiral Gorshkov will reportedly perform 4 launches. According to reports, Project 22350 frigate Admiral Golovko will become the first carrier of these hypersonic missiles.