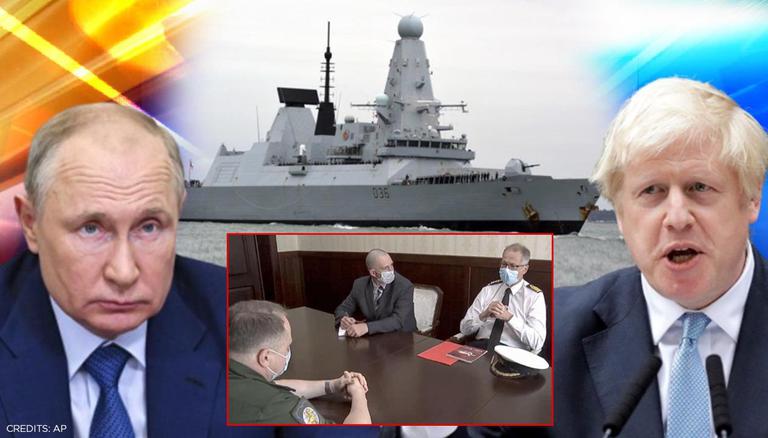 Describing UK warship’s move in the Black Sea as a "dangerous and provocative action,” Moscow foreign ministry said on June 24 that Britain would be “fully responsible” for the consequences for similar violations in the future.

The British Navy destroyer HMS Defender entered Russia's "territorial waters" on Wednesday in breach of the 1982 United Nations Convention on the Law of the Sea, according to Moscow’s account of the confrontation. Russian military forces accused the British warship of encroaching the Russian maritime border to the northwestern of the Black Sea at 11:52 am Moscow time (0852 GMT). It added that the British Navy destroyer HMS Defender sailed 3 km beyond the sea border in the area of Cape Fiolent.

READ | West and Russia clash over Russian mercenaries in CAR

Moscow asserted that Russia's Black Sea Fleet Su-24M aircraft carried out a "warning bombing" along the path of the HMS destroyer. Separately, its Federal Security Service border control service thwarted what it described UK’s “blatant violation” along with the guard ships and fighter jets, later asking London to investigate the actions of its naval crew.

“The Ambassador was presented with a decisive protest regarding the violation of the Russian border and the provocative and dangerous actions of the Royal Navy ship in the Russian territorial waters,” said Russian Foreign Ministry in a statement translated by Moscow’s state-run TASS. "A special attention was drawn to the fact that, should similar provocations happen again, the responsibility for their potential consequences with rest entirely with the UK," Russian Foreign Ministry stressed.

"We said yesterday that the British envoy would be summoned. She will be in the Foreign Ministry today" Russian Foreign Ministry Spokeswoman, Zakharova stated in televised remarks. She stressed that the upcoming meeting “would be unpleasant for the British side. But such rude moves should receive a respective response.” 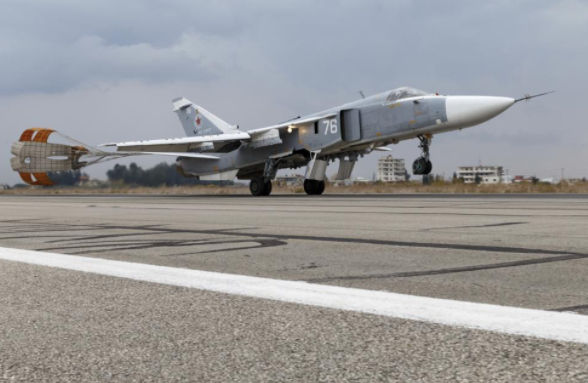 READ | Vladimir Putin is a 'supporter for dialogue and contacts' between EU-Russia: Kremlin

The Russian Embassy in the United States also lambasted the US Friday for its “groundless” remarks against Moscow. Pentagon Press Secretary John Kirby had earlier claimed at a press conference that Russia’s account of “firing warning shots” to deter HMS Defender (a.k.a. Aggressor) was "unfounded” and "yet another example of disinformation.” “What happened was recorded and published by FSB of Russia. Denying the obvious, Pentagon still lives under illusions on the actual situation in Russian Crimea and around the Peninsula," the diplomatic mission said,  firing a tweet.

In a further unravelling of the account, a BBC correspondent on the deck of the British Royal Navy’s HMS Defender at the time reported that he "witnessed" the military encounter in the Black Sea. Jonathan Beale said more than 20 Russian military aircraft flew above HMS, and at least two Russian coastguard boats sailed at about 100 metres. Russian military "shadowed the destroyer," Beale reported, adding that Russian forces aired warnings over the radio that said “if you don’t change course I’ll fire”. Furthermore, he said, “We did hear some firing out of range."

🔻
1⃣ @PentagonPresSec John Kirby's accusations against #Russia in disinformation on the incident with HMS Defender (a.k.a. Aggressor) are groundless. What happened was recorded and published by FSB RF:
🔻https://t.co/tAqGlgiazL pic.twitter.com/550rJlXxob

US' Kirby, meanwhile, claimed that the UK was "very public about the fact that there were no shots fired as a warning to HMS Defender” and that this “was simply Russian disinformation and another example of the Russians trying to spin events to suit their own narrative. It just didn't happen.”

The United Kingdom had earlier disputed what it called Russia’s unsubstantiated claims. A spokesperson for UK PM told the British press that no such bombings or warning shots were fired on UK’s warship, adding that Russian gunnery exercises were underway. HMS Defender was conducting an innocent passage through Ukrainian territorial waters near the Crimean city of Sevastopol in accordance with international law, the UK Ministry of Defence said separately in a statement. This would be the first time that Moscow had publicly announced using live ammunition against a NATO warship. Russian Deputy Foreign Minister Sergei Ryabkov stifled the military action as “absolutely imperative,”