Jacinda Ardern, the Prime minister of New Zealand recently replied to a critic that lashed out on her asking her to ‘leave’ and not to ruin country's economy.

Jacinda Ardern, the Prime minister of New Zealand recently replied to a critic that lashed out on her asking her to ‘leave’ and not to ruin the country's economy. On Monday, the 39-year-old leader took to Instagram to share a picture of the Prime Minister’s statement which she was later scheduled to deliver in the New Zealand Parliament.

However, a critic was quick to comment on the post. The man who goes by the name of andy_chills on the photosharing platform wrote 'Please just leave. Don't ruin NZ's economy anymore.' Minutes after the comment was posted, Ardern gave a fitting reply to the comment and highlighted all the economic achievements that she as a Prime Minister has achieved. 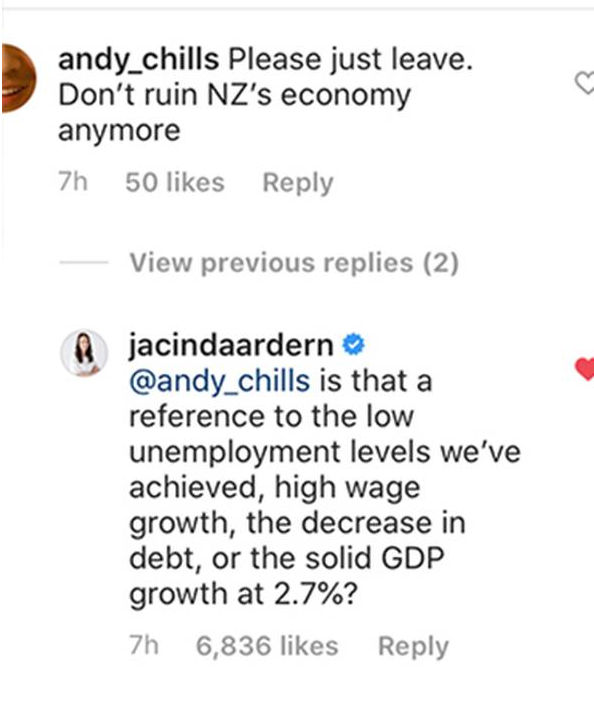 Her comment took the internet by storm. While many users called her the best Prime minster they ever had, others asked her to keep up with her work. Read all the comment here: 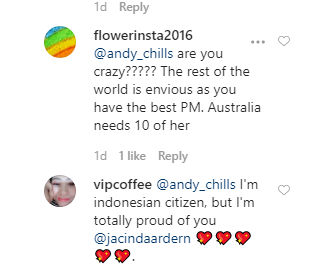 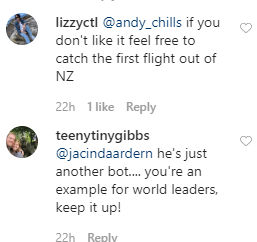 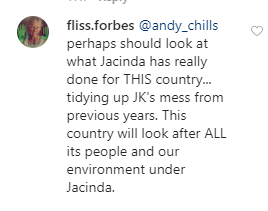 On January 28, Ardern called for an election on September 19. The Jacinda Ardern led centre-left Labour Party-led coalition came to power in the year 2017 and is now looking for a second term in power ahead of the elections in September. While talking to a local media outlet, Ardern said that she will ask New Zealand's citizens to show their support for her government along with supporting the direction in which the government is headed. The New Zealand Prime Minister also said that she will ask for the citizens to support a strong economy and progress the country is making on challenging issues.

Jacinda Ardern has been applauded for her stance on issues plaguing the world such as climate change, women's rights and gun ownership. The 39-year-old leader was also applauded for her response in relation to the mosque attacks in New Zealand in 2019 that resulted in decisions which tightened gun laws.