The President of China, Xi Jinping is set to hold a meeting with Iranian President Ebrahim Raisi on Friday, September 16, at the SCO Summit in Samarkand 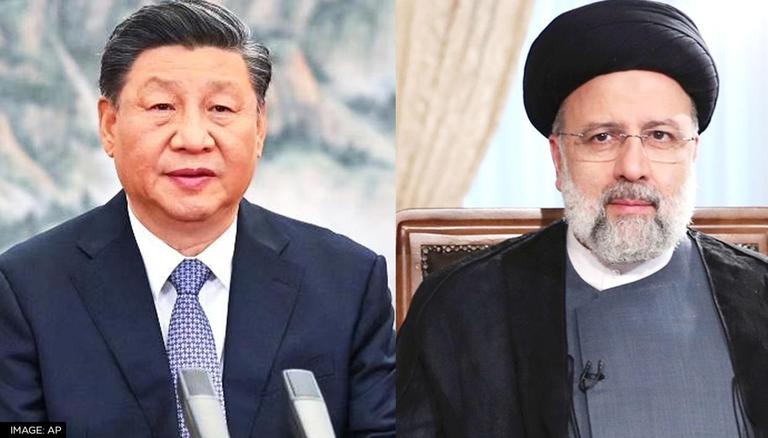 Notably, the two leaders' meeting would take place as the hope for renewing the Iran nuclear deal with the United States, which withdrew from the pact in 2018, is waning. Washington has yet to hear back from Tehran on its request for an investigation into signs of undeclared nuclear material.

According to Al Arabiya Post, China also views Iran as a friend who can help it achieve two important goals such as strategic and energy security.

Furthermore, leaders from India and Central Asian countries, as well as Presidents of Russia and China arrived in Uzbekistan on Thursday for a summit of a security alliance created by Beijing and Moscow to counterbalance American dominance, Associated Press reported.

READ | Chinese President Xi Jinping all set to meet Russia's Putin, here's what we can expect

On Thursday, Chinese President Jinping met with Shavkat Mirziyoyev of Uzbekistan on the sidelines of the SCO conference, which includes eight nations. Xi Jinping received the Order of Friendship from Mirziyoyev in honour of his unique contribution to fostering cordial ties with Uzbekistan. India, Pakistan, and four other Central Asian ex-Soviet states are members of the SCO.

Prior to the summit with Russian President Vladimir Putin and other members of the Central Asian security group, the Chinese President made a detour in Kazakhstan on his first international trip since the pandemic's emergence. Xi was greeted by Kazakhstan President Kassym-Jomart Tokayev and an honour guard on the tarmac of the airport.

In the meantime, Prime Minister Narendra Modi will attend the first in-person Shanghai Cooperation Organisation summit after two years on Friday. The meeting will discuss important regional security threats as well as topics including commerce, investment, and energy supply. PM Modi landed in Samarkand on Thursday evening to take part in the summit, which will also include participation from Prime Minister Shehbaz Sharif of Pakistan and other leaders from the Central Asian nations.

The SCO summit in Samarkand will consist of two sessions such as a limited session reserved only for SCO member states, and an extended session likely to include observers and special invitees from the chair nation.