Kabosu's owner, Atsuko Sato, in a number of Instagram posts, shared that the 17-year-old dog has now stopped "eating and drinking voluntarily" on Christmas Eve. 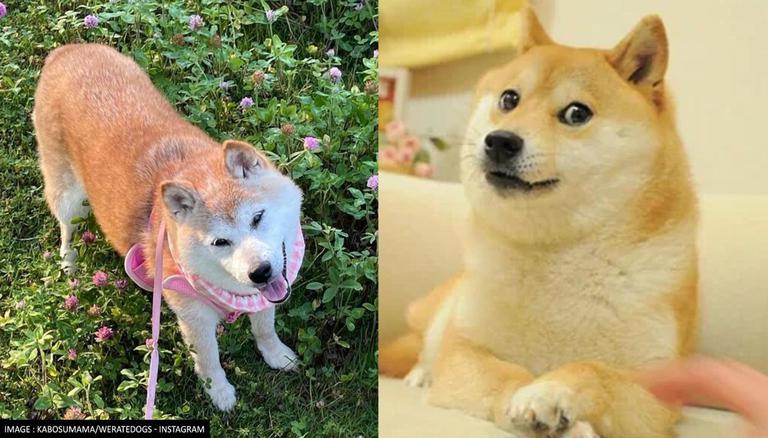 
The dog who got famous after her photo went viral in 2010, has been diagnosed with leukemia and liver disease.

In the meme that went viral in 2010, the dog named Kabosu can be sitting with her paws crossed.

Kabosu's owner, Atsuko Sato, in a number of Instagram posts, shared that the 17-year-old dog has now stopped "eating and drinking voluntarily" on Christmas Eve. According to the doctors, Kabosu was in a very dangerous condition but now she has an appetite and is able to drink water.

Kabosu was diagnosed with acute cholangiohepatitis, chronic lymphoma leukemia, and jaundice. Sato added that Kabosu's appetite has already returned and that she should get better with antibiotics.

Despite Kabosu's recent health issue, Sato had earlier said that the famous dog had begun to slow down ever since becoming popular online.

The Journey of becoming the famous “Doge” meme

Back in 2010, Sato posted a picture of her dog appearing curious on her blog, which helped Kabosu acquire popularity. People added comments in Comic Sans font on what the dog might be thinking as the picture circulated on Reddit, Tumblr, and 4Chan.

Shiba Inu won Meme of the Year in 2013, and that same year the founders of Dogecoin, Billy Markus and Jackson Palmer made Kabosu their mascot, making it the first "meme coin" in the cryptocurrency space.

Many people have sent their good wishes for Kabosu online. “It’s gonna be alright, you have the world praying for you, stray strong Kabosu,” one user wrote.

Other users addressed Kabosu by her internet nickname, saying, “It will be okay doge!” and “Doge we are here for you.”

Originally bred as a hunting dog, the Shiba Inu is one of the world’s oldest breeds and one of six native to Japan. A smaller version of the Akita breed, the name Shiba Inu translates as ‘small dog’ in Japanese and it is a Spitz-type breed characterised by its thick coat, pointed ears and curly tail.

Known to be a clean dog, Shiba Inu is very loyal and alert with a strong prey instinct and a knack for escaping from gardens. They make a good choice for the experienced dog owner.