A Singapore fitness studio affiliated with the F45 Training franchise in the US has apologised for a "racially inappropriate" Diwali video posted on Instagram. 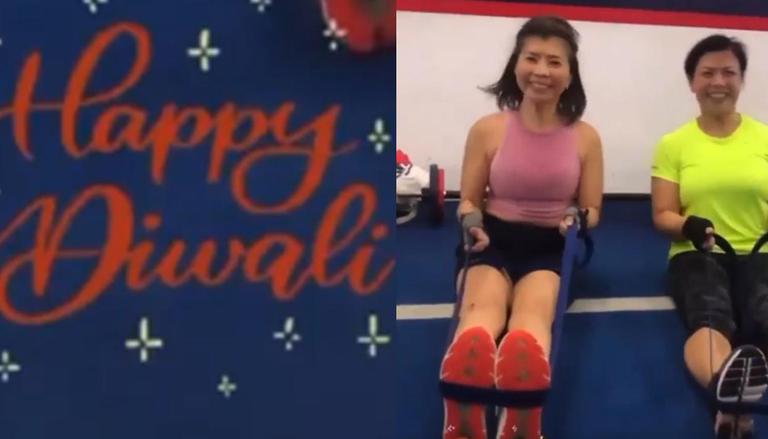 
A Singapore fitness studio affiliated with the F45 Training franchise in the United States has apologised for a "racially insensitive" Diwali video posted on its Instagram account. The studio in Serangoon Garden's suburb residential neighbourhood shared a 14-second video of two women shaking their heads from side to side while saying "Happy Deepavali".

Some viewers interpreted the side-to-side head shaking as a refusal to partake in the Diwali feasts, which is one of the official festival celebrations in a multi-racial Singapore, reported news agency PTI citing Channel News Asia (CNA). The widely shared video was later removed from the studio's Instagram page, however, it has been reposted on the 'Wake Up, Singapore' Instagram account.

On Friday, November 5, the studio, in a separate Instagram story, stated that it got complaints about this video being racially offensive.

"F45 has always been a fun and family-friendly location to work out, and we have a lot of entertaining videos with our members. We had no intention of making fun of anyone or hurting their sentiments," the studio said, adding that Diwali is the festival of lights and love. The fitness studio also stated that it is very sorry for the mistake and hope to seek your forgiveness, according to CNA.

A post shared by Wake Up, Singapore 🇸🇬 (@wakeupsingapore)

In a separate incident, a 28-year-old Indian-origin Singaporean rapper, Subhas Nair was charged by a court on Monday, November 1, with four counts of attempting to incite hatred among various groups based on religion and race. According to a CNA report, Nair is suspected of making those attempts four times between July 2019 and March 2021.

The first incident occurred on July 29, 2019, when Nair posted a rap video on the internet. According to the charges, Nair intended to incite racial animosity between the Chinese and other races. On August 14, 2019, the police had issued Nair a two-year conditional warning for this event.

Meanwhile, the warning also stated that he will be prosecuted for this incident if he indulges in any such offences in the future. Nair may face up to three years in prison and a fine if gets convicted of attempting to incite hatred between various groups on the basis of religion or race.