A viral video in which three people were fighting each other at a carpark located in Teck Whye Lane, Singapore were arrested by the police on December 21

A video in which three people were seen fighting with each other at a carpark located in Teck Whye Lane, Singapore has gone viral. According to reports, the police said that they had received a call about the brawl in the evening of December 21, adding that they arrested two of the three for public disturbance and one for public disturbance and criminal intimidation. Two of the accused are said to be in their 30's whereas one is a 65-year-old man.

Arrested on the charges of public disturbance

The video clip that was posted on Facebook, showed the two men fighting with each other at the car park as a third man got out of a blue car and started hitting them. The video also showed the men hurling abuses at each other. The video goes on for about a minute before a woman pulls one of the fighting men away and can be heard telling both of them to stop fighting. Towards the end of the video, all three of them move out of sight with the woman still shouting for the men to stop fighting.

The brawl in the Singapore car park prompted a few people to react. One person said that Singapore is a very nice place.

Read: WWE TLC: Watch The Full WWE Roster Get Into A Brutal BRAWL After The Main Event

Another person found the brawl to be a stress buster.

Someone posted a funny picture in relation to the incident. 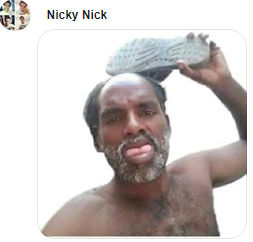 Chicago Bears and Dallas Cowboys involved in a brawl

In a different incident, fans of Chicago Bears and Dallas Cowboys were involved in a bad brawl after the NFL game. The Chicago Bears and Dallas Cowboys fans were involved in an all-out brawl in a concourse at Soldier Field after the game. There was no sign of law enforcement when the incident took place, however, the fight did break up quickly. Barstool Sports shared footage which showed the two sides getting involved in a physical altercation, after exiting the play.

Bears kicking the shit out the of Cowboys on the field and in the parking lot (via IG/blakeheisman) pic.twitter.com/EmLTfQcoFw

Looking at the footage, it was clear that Chicago Bears fans had outnumbered their counterparts who were supporting the Dallas Cowboys. However, it was difficult to ascertain as to what had caused the incident and the reason fans were triggered to get involved in a street fight especially after watching their home team Chicago Bears bag a win.

Read: WWE News: Sami Zayn Brawls With A Fan At The Daytona Arena In Florida