In a recent statement, Russian Envoy, Nikolay Kudashev stated that Russia's Sputnik V being part of the Indian vaccination campaign is gradually increasing. 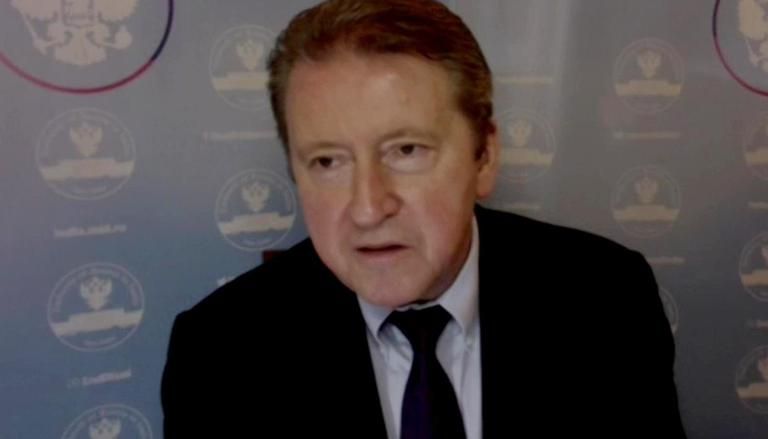 
Russian Envoy to India Nikolay Kudashev said that Russia's Sputnik V being part of the Indian vaccination campaign is gradually increasing. He also mentioned that the vaccine is set to launch in the country soon. This statement comes after Russian-Indian Foreign Ministers’ talks in Moscow on bilateral cooperation. On July 9, Foreign Minister S Jaishankar met his Russian counterpart Sergey Lavrov at multiple forums to nurture the bilateral ties. Jaishankar mentioned that India's relationship with Russia has been among the steadiest in the world since Second World War.

Sputnik V being part of the Indian vaccination campaign is gradually increasing. The launch of the Sputnik light vaccine is also expected soon: Russian Envoy, Nikolay Kudashev on outcomes of the Russian-Indian Foreign Ministers’ talks in Moscow & bilateral cooperation pic.twitter.com/ApzGonQ9uC

In recent news, Russian Direct Investment Fund (RDIF), CEO Kirill Dmitriev mentioned that the Results of the Russian manufactured COVID-19 vaccine Sputnik V and UK’s Astrazeneca’s 'mix and match' experiment will be released by the end of this month. He also added that RDIF was planning to do the mix and match formula for Covishield in India. However, the practice of mixing two different vaccine doses has recently emerged due to safety concerns in many countries.

External Affairs Minister S Jaishankar was in Moscow on a three-day visit to hold productive talks with his Russian counterpart Sergey Lavrov on ramping up their bilateral cooperation on matters pertaining to space, nuclear, energy and defence. In a PTI report, the EAM minister mentioned that his talks with Lavrov showed that "despite the fact that so many things are changing in our world both before and as a result of the COVID-19 pandemic, our time-tested and trust-based relationship is very much not just in place but remains very strong, continues to grow." He also mentioned his appreciation for Russia in supporting India during the second wave of the COVID pandemic this year.

"We have actually made very good progress even though for the last one year a lot of this has been through virtual contacts and I can assure you that when the Annual Bilateral Summit takes place this year, the development, the progress in our cooperation will be very much on display before all of you," he stated on the progress in different dimensions of their broad-ranging cooperation.

Russian vaccine Sputnik V will be produced at the manufacturing units of Pune-based Serum Institute of India from September. The Russian RDIF stated that they plan to produce over 300 million doses in India per year. The first batch of the vaccines is set to be launched by September while the technology transfer has already taken place.

Serum Institute chief Adar Poonawalla announced his partnership with RDIF and stated, "I am delighted to partner with RDIF to manufacture the Sputnik vaccine. We hope to make millions of doses in the coming months with trial batches starting in the month of September". He further mentioned the high efficacy and good safety profile of the vaccine making it imperative to be accessible in full measure for people across India and the world. He further stated that amid the uncertainty of the virus, it is important for international institutes, and governments to collaborate and boost our fight against COVID-19.

Russia’s Sputnik V vaccine is authorised for emergency use in nearly 67 countries. The announcement comes amid the Indian Government's efforts to ramp up the vaccination process and efforts to inoculate the adult population by December 2021. The country is facing vaccine shortages in pockets with centre's being shut in various states.