Situation With NATO Crawling Into Ukraine, Then Towards Russia 'dangerous': Russian Envoy

The situation with the NATO crawling into Ukraine and further towards Russia is "extremely dangerous," said Russian envoy to US Anatoly Antonov. 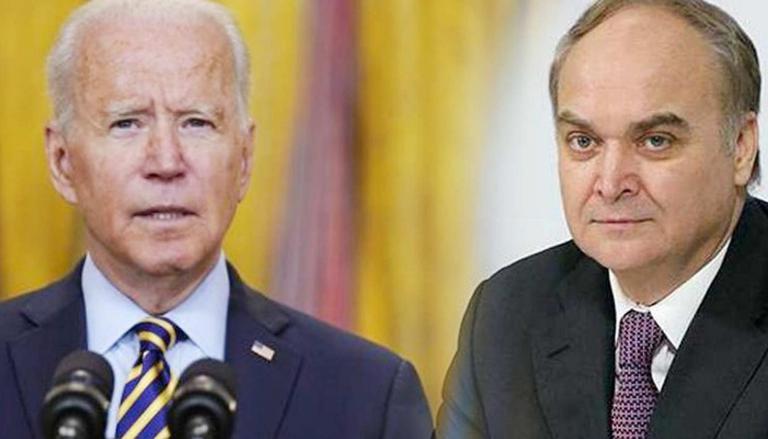 
The situation with the North Atlantic Treaty Organisation (NATO) crawling into Ukraine and further towards Russia is "extremely dangerous", said Russian envoy to the US Anatoly Antonov. His assertions came in an article published by a US media outlet just before the telephonic meeting between US President Joe Biden and his Russian counterpart Vladimir Putin held late on Thursday. Warning against the development of NATO military presence, Antonov stated that Moscow may be forced to "create vulnerabilities" against the alliance.

In the article, Antonov also noted that Russia has come to a point where there is no space for retreat or "military exploration" of Ukraine by the countries of NATO. "It is an existential threat to Russia," he added. Calling  for an urgent action, the Russian envoy stressed the need to restore the "principle of equal and indivisible security," which means no single state has the right to strengthen its security at the expense of others. Raising concerns over the vulnerability of European security, he also suggested that Russia will move "the way in which events will develop further... depending on the readiness of our Western colleagues for substantive dialogue, not delaying tactics and obfuscation."

It is pertinent to mention that the statement comes amid the deteriorating relationship between US and Russia over the latter's military build-up, involving the deployment of over 90,000 troops in Ukraine's Donbas region, indicating potential invasion of Kyiv in the coming days. While the US has repeatedly warned of sanctions against Russia in case of an attack, Russia has repeatedly denied claims of posing any threat to Ukraine's sovereignty. Nevertheless, President Putin has continued to maintain his hostile rhetoric since the eruption of the diplomatic conflict, saying that Moscow "will not sit idle" if NATO allies expand into ex-Soviet territories.

President Biden and Putin on Thursday engaged in a leader-to-leader phone call over the ongoing tensions along the Ukraine border and NATO expansion in the East European region. During the second time talks in a month, Biden urged Russia to "de-escalate tensions" with Ukraine, further warning that the "US and its allies and partners will respond decisively if Russia further invades Ukraine," White House Press Secretary Jen Psaki said in a statement. "President Biden also expressed support for diplomacy, starting early next year with the bilateral Strategic Stability Dialogue, at NATO through the NATO-Russia Council, and at the Organisation for Security and Cooperation in Europe," the statement added. He also reiterated that substantive progress on the issue will occur under controlled conditions.

WE RECOMMEND
Russia to respond 'militarily' in response to NATO's deployment of weaponry in Europe
Russia claims NATO didn't respond to Moscow's offers to reduce tensions, diplomat says
Russia to hold security talks with US, NATO officials in January 2022
Iraq NSA holds meeting with NATO official amidst ongoing US military withdrawal
290 of 370 operations in 2021 were in reaction to the act of Russian planes: NATO