Most regions in South Korea’s Seoul are adhering to the Level 1 restrictions, that permit private gatherings of any size and limit public events to up to 500. 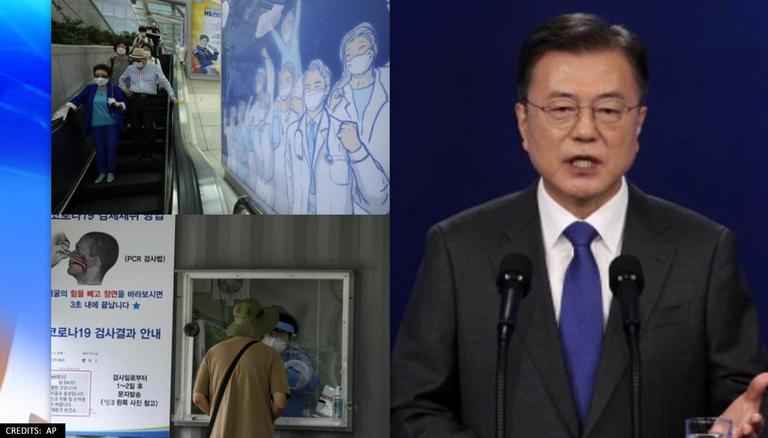 
Government in South Korea on Tuesday, July 6, announced that it is considering to re-impose the health safety measures such as the restrictions on non-essential movement due to rise in COVID-19 cases. South Korea recorded the second-highest number of daily new COVID-19 cases on tuesday, just days after introducing the stricter border measures, and restructured the four-tier social distancing plan in several parts of Greater Seoul.

Most regions in South Korea’s Seoul are adhering to the Level 1 restrictions, that permit private gatherings of any size and limit public events to up to 500 people. The indoor fitness facilities are allowed to operate at one person per four square meters (43 square feet), while outdoor sporting is permitted at  70-percent capacity. A transition period was decided through July 14, but the surge in the trajectory might leave the government with no option other than reinstating the COVID-19 restrictions and limiting gatherings to just 8 people, according to the local press reports. Some areas such as  Incheon and Gyeonggi Province, are currently under Level 2 that requires the cafes, eateries, and restaurants to close down at 23:59 sharp daily and run on slashed capacity.

As many as 1,212 new daily cases have been reported in South Korea on an average, which the health ministry states is mostly among the non-vaccinated younger population. The government now plans to mandate the face masks on public transportation and ask high-risk businesses to participate in a contact-tracing system that requires the vaccinated individuals to produce a quick response (QR) code before entering a public establishment. Companies that violate the regulation may be fined up to KRW 3 million.

Officials are expected to transport passengers from Incheon International Airport (ICN) to Seoul's designated testing facilities and those who test positive for COVID-19 will have to go under mandatory quarantine for 14 days upon entry. Travellers will be isolated at the government-designated facilities at their own expense. South Korea, in the meanwhile, plans to ramp up the vaccination process. South Korea has struck a deal with Israel to procure at least 7,00,000 doses of the Pfizer BioNTech coronavirus jabs.

“Israel will immediately transfer approximately 7,00,000 doses of the Pfizer vaccine to South Korea for the vaccination of its citizens by the end of July. In exchange, South Korea will return the same quantity of vaccines to Israel from a future order in September-October 2021,” Pfizer CEO Albert Burla said in a press statement. South Korea has authorized the emergency use of Pfizer BioNTech, AstraZeneca, Moderna, and Janssen vaccines for all the citizens aged 18 above.