South Korea and Japan have announced aid for victims of the devastating earthquake in Afghanistan that killed at least 1,000 people on Wednesday, June 22. 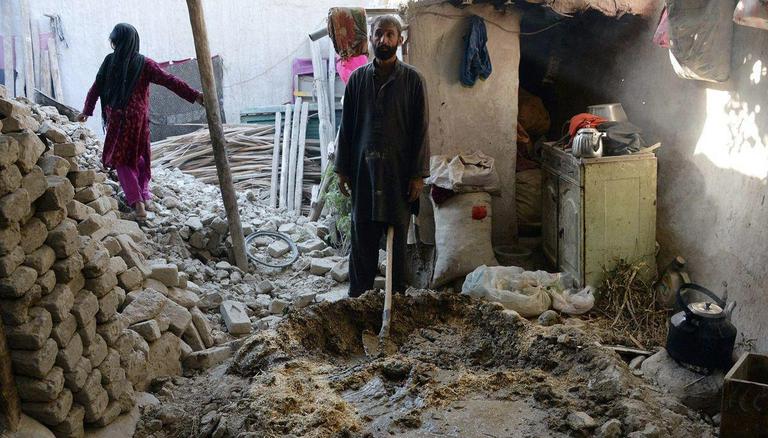 
South Korea and Japan plan to help victims of the devastating earthquake in Afghanistan that killed 1,000 people, according to government officials from both countries. South Korea plans to send $1 million in humanitarian help to earthquake victims in Afghanistan, Seoul's Foreign Ministry informed on June 23.

Whereas, Seiji Kihara, Japan's Deputy Chief Cabinet Secretary, said at a regular news conference on June 23 that the government is coordinating efforts to "promptly give required help" to earthquakes' victim in Afghanistan. He further added that the Japanese government is also monitoring the situation to understand local needs.

Officials announced, on June 22, that a massive earthquake rocked a remote border region of Afghanistan and sections of Pakistan overnight, killing at least 1,000 people and injuring 1,500 more, with the death toll sure to grow as frantic rescuers sift through collapsed dwellings. According to Taliban government officials, following the powerful jolts, houses were reduced to rubble and bodies wrapped in blankets lay on the ground. They stated that an unknown number of individuals were still trapped under rubble and in surrounding locations.

"People are digging grave after grave," said Amin Huzaifa, chairman of the Information and Culture Department in Paktika province, adding that at least 1,000 people have died there alone. He stated that about 1500 individuals were hurt, many of whom were badly injured, BBC reported.

Taliban urged for international assistance in the rescue attempt

The Taliban pleaded for international assistance in the rescue attempt as images showed landslides and wrecked mud-built homes in the Paktika province. The magnitude 6.1 tremor, which occurred at a depth of 51 kilometres, destroyed hundreds of residences. It is the deadliest earthquake to hit Afghanistan in two decades, posing a significant challenge to the Taliban, the Islamist organisation that reclaimed power last year when the Western-backed government fell apart.

The earthquake struck roughly 44 kilometres from Khost, with vibrations reported as far away as Pakistan and India. Witnesses reported feeling the tremor in both Kabul, Afghanistan, and Islamabad, Pakistan. Earthquakes frequently inflict substantial damage in Afghanistan, as many rural houses are unstable or poorly constructed. Helicopters have been transporting patients to hospitals in isolated places. Even before the Taliban took power, Afghanistan's emergency services were overburdened by natural calamities, with few planes and helicopters accessible to rescuers.