South Korea is planning to scrap the landmark 2018 military agreement with North Korea if the latter continues to violate South Korean airspace. 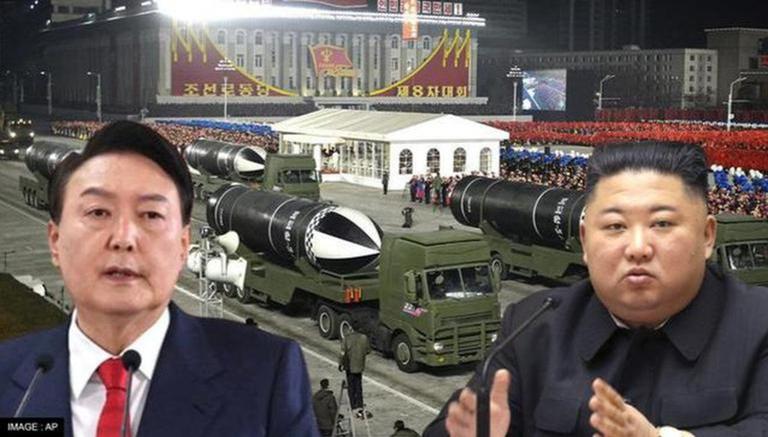 According to Sputnik, on Wednesday, the South Korean Press secretary shared the stance of his country with the reporters. “During the meeting, [Yoon Suk-yeol] instructed the National Security Office to consider suspending the validity of the September 19 military agreement if North Korea stages another provocation intruding on our territory,” the Presidential spokesperson told reporters. It was the year 2018 when the two countries signed the landmark military agreement which is called the Comprehensive Military Agreement (CMA). The press secretary then went on to assert that the South Korean President has also ordered the military to create a “multipurpose warfare unit” for surveillance purposes.

What is the Comprehensive Military Agreement (CMA)?

In September 2018, the two nations met for the third and last edition of the inter-Korean summit. In the summit, the CMA also known as the inter-Korea military pact was signed between the North Korean Supreme Leader Kim Jong-un and the then South Korean President Moon Jae-in. In the agreement, the two countries agreed to take measures to reduce tensions at the border. They also agreed on the removal of heavy weapons, landmines, and propaganda broadcast equipment from the Demilitarized Zone (DMZ).

However, since then the relations between the two nations have deteriorated to a great extent. According to Sputnik, the Yoon government has repeatedly threatened to scrap the agreement amid the rising tensions. Last month, a few North Korean drones entered South Korean airspace which attracted retaliation from Seoul. On Monday, the South Korean President took a jab at his predecessor, stating that the “public was a little fed up with summits that are for show only”. Earlier it was also reported that the South Korean Military is planning to spend over $440 million on anti-drone technology over the next five years. The matters became worse when the North Korean Supreme Leader, Kim Jong-un announced a major increase in the country’s nuclear missile production on New Year’s Eve. Hence, the tension in the Korean Peninsula is at an all-time high.