For the first time in over a decade, the South Korean currency has plunged below the threshold of 1,300 per US Dollar, amid global economic recession worries. 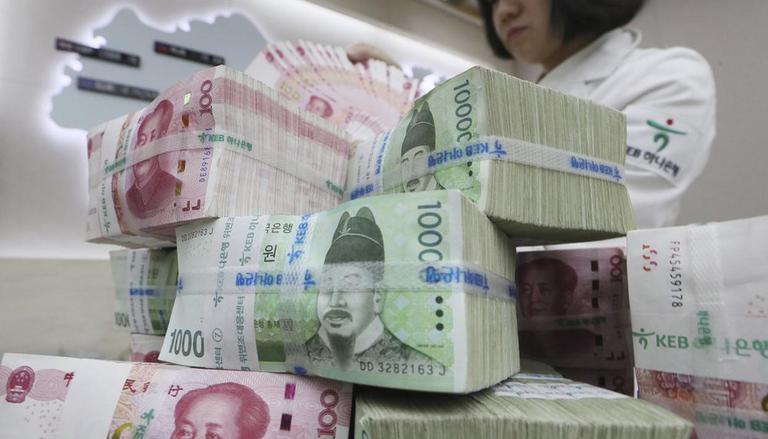 
For the first time in over a decade, the South Korean currency has plunged below the threshold of 1,300 per US Dollar, amid global economic recession worries and the dollar strength rising. On Thursday, the Korean won stood at 1,300.9 against the US dollar, marking the lowest in 13 years. Regardless, Channel News Asia reported, citing experts that the market sentiment was relatively calm.

Domestic foreign exchange dealers said that it was different this time. They asserted that there were multiple and dynamic factors behind the rate. South Korea’s changing supply-demand landscapes in recent years, such as increasing overseas investment, along with the dollar's strength at two-decade highs, were factors behind the won’s falling rate.

Meanwhile, the Indian rupee itself has touched its lowest point in recent days. In another grim milestone, the rupee declined 12 paise to close at 78.10 (provisional) against the US dollar on Tuesday. On Thursday, it stood at a rate of 78.26 against the American currency.

Amidst the Russian invasion of Ukraine, the Ruble has also hit its all-time low. Meanwhile, Russian state media said that the Kherson region in Ukraine, which was captured by Kremlin's forces, has been transitioning into using the Ruble as payment starting May 1.  Deputy Chairman of the Civil-Military Administration of the region, Kirill Stremousov, told the RIA-Novosti news agency that the transition period will take up to four months. In the transition period, both ruble and Ukrainian hryvnia will be in circulation.