Spanish FM Albares visited both Pakistan and Qatar to seek assistance for airlifting more Afghan workers who had not been included during initial evacuations. 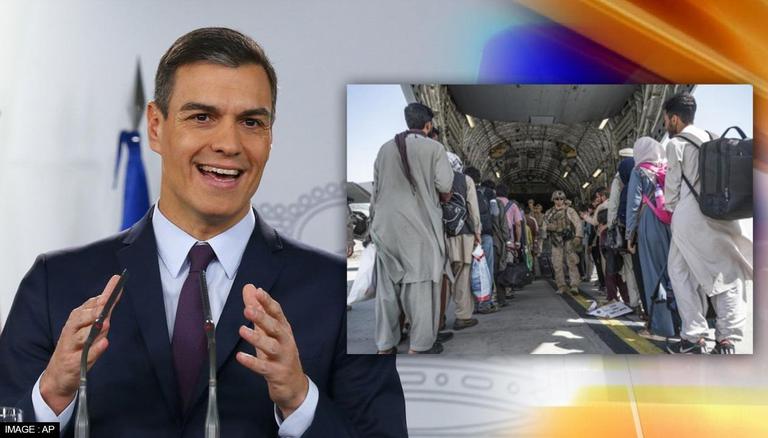 
Spain on October 10 announced that it has launched a new evacuation program to rescue more Afghan workers and their families out of the Taliban-ruled Afghanistan. The European nation will evacuate those who were earlier left behind during the concluding days of the frantic airlift operations on the Aug. 31 deadline, when the last of the US forces pulled out of the territory. In a statement on Sunday, Spain’s Defense Ministry said that it was working with the country’s foreign ministry to kick start the evacuation mission soon, Associated Press reported.  Although, the ministry did not elaborate on more details of the evacuation for security reasons.

“An operation is underway to extract people who had worked for Spain in the coming hours or days,” Defense Minister Margarita Robles was quoted saying by AP. He went on to add, “Spain does not leave anyone behind.”

At least 200 Afghans will be rescued in a Spanish aircraft out of Kabul via a route from Pakistan, Spanish news agency EFE reported. Last month, Spanish Foreign Affairs Minister Jose Albares visited both Pakistan and Qatar to seek assistance for the airlifting of more Afghan workers who had not been included during the initial evacuations from Kabul in the month of August. Spain had airlifted 2,200 Spaniards and Afghans on Aug. 31 deadline set by the Taliban and agreed by the Biden administration. The last two flights from Kabul back then, two A400M military planes, had arrived in Dubai carrying the last 81 Spaniards on board, as well as military personnel, police officers, and staff from the embassy. The Air Europa flight had landed at the airbase in Torrejón de Ardoz, and the Afghans were asked to remain at the provisional facilities.

Spain landed a total of 1,584 people at the base, as per the data by the Inclusion, Social Security, and Migrations Ministry. At least 95 Spaniards and Afghans were evacuated on a flight chartered by the European External Action Service (EEAS), and 240 Afghans that worked with Western authorities arrived at the base on the Air Europa flight. Of the total arrival, 726 were women and 631 were minors. According to El Pais, the Spanish shelter system has a program that is supposed to expire after 18 and 24 months. It includes two phases. First is temporary shelters managed by Spanish Commission for Refugees (CEAR) or the Red Cross. The second involves autonomy, wherein the Spanish citizens rented their own apartments to the immigrants for stay, and the latter availed the government’s financial assistance to pay rent.

WE RECOMMEND
Italy vs Spain: 17-year-old Gavi debuts for Spain, fans say 'Barcelona has got a gem'
Nations League, Italy vs Spain live streaming: How to watch in India, US and UK?
Spain vs France live streaming: How to watch Nations League final in India, US, and UK?
Saina Nehwal retires after injury, Indian women beat Spain 3-2 in Uber Cup Final opener
Spain to evacuate more Afghan workers, families left behind