Sri Lankan Defence Secretary General Kamal Gunaratne, his staff and all members of the Armed Forces conveyed their condolences on the demise of CDS Bipin Rawat. 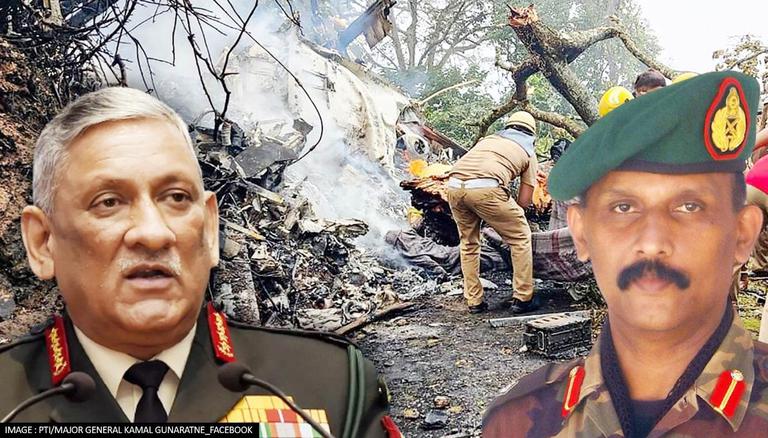 
Sri Lankan Defence Secretary General Kamal Gunaratne, his staff and all members of the Armed Forces have conveyed their heartfelt condolences on the tragic demise of CDS General Bipin Rawat, his wife Madhulika Rawat and 11 others who lost their lives in a chopper crash near Coonoor, Tamil Nadu. The Mi-17 V5 helicopter of the Indian Air Force (IAF) carrying the 63-year-old tri-services chief crashed on Wednesday. General Rawat’s body along with others who died in the crash has arrived in New Delhi for the cremation to take place on Friday.

READ | CDS Bipin Rawat was 'hero son of India & his demise is a 'loss of friend': Israeli envoy

No distress call made by CDS chopper

Meanwhile, it is to mention that in total, 14 people were onboard the chopper that met with the accident. Apart from CDS General Bipin Rawat and his wife Madhulika Rawat, others who lost their lives included Defence Assistant to CDS Brigadier LS Lidder, SO to CDS Lt. Col. Harjinder Singh, Naik Gursewak Singh, Naik Jitendra Kumar, Lance Naik Vivek Kumar, Lance Naik B Sai Teja and Havaldar Satpal. IAF’s Group Captain Varun Singh is the only survivor of the IAF chopper crash.

READ | TN: All shops in Nilgiris district to remain shut on Dec 10 in honour of CDS Bipin Rawat

Following the tragic accident, the IAF team investigating the chopper crash successfully recovered parts of the Mi-17 V5 helicopter. Republic sources reported on Friday that CDS Rawat’s helicopter had announced its descent in 7-8 minute in its last communication. Sources added that the Indian Air force chopper did not make a distress call to the airbase, before it crashed in Katteri village killing 13 of the 14 on-board. Meanwhile, the last rites of CDS General Bipin Rawat, his wife will now take place at Brar Square cemetery at 2:00pm on December 10.