Amid the ongoing civil unrest in Sri Lanka, Gota Go Gama protesters have refuted claims that they met President Gotabaya Rajapaksa for talks. 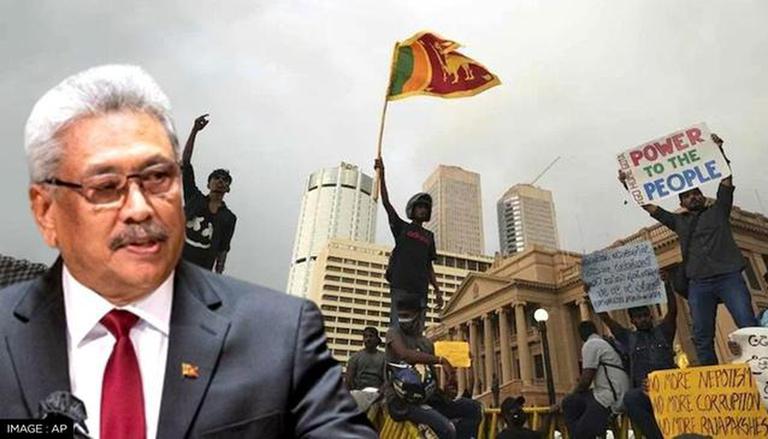 
Amid the ongoing civil unrest in Sri Lanka, 'Gota Go Gama' protesters have refuted claims that they met President Gotabaya Rajapaksa for talks amid the ongoing economic crisis in the country. They further claimed that false claims are being made in an attempt to derail the ongoing struggle at Galle Face. According to local media reports, Demonstrators have been gathering at Galle Face, near the secretariat, for about two months, and the protest site known as "Gota Go Gama Village" has eventually grown.

The popular protest's slogan is "Gota Go Home," implying that President Gotabaya should resign, and the protests have been trending on social media as "#GotaGoGama (or Gota Go Village)." Meanwhile, a group of Gota Go Gama protesters told reporters that no one from "Gate zero," the "Aragalaya," or "Gota Go Gama," met the President at Galle Face. According to activist Randimal Gamage, the resignation of the President is the primary demand of protesters, Colombo Gazette reported. The demonstrations calling for President Rajapaksa's resignation began on April 9 and have continued nonstop since then, despite adverse weather and assaults by government supporters.

According to reports, a group, claiming itself the Confederation of Professionals for a National Policy, presented a list of proposals outlining measures that should be taken to resolve the ongoing political and economic situation. The proposal list was handed over to President Rajapaksa on Wednesday at his official house in Colombo, according to the President's Media Division (PMD). Earlier on May 28, the people of the island nation commemorated the 50th day of Galle Face protests in front of the Presidential Secretariat. During the occasion, people from all walks of life assembled at Galle Face to pledge their support for the ongoing demonstrations.

It is worth mentioning here that the Sri Lankan government has been struggling to meet basic requirements for its population of 22 million citizens amid an unprecedented economic crisis caused by mishandling of finances and ill-timed tax cuts. The island nation is also currently facing a foreign exchange deficit, which has resulted in food, fuel, power, and gas shortages, and has sought economic assistance from friendly countries. Meanwhile, Prime Minister Ranil Wickremesinghe has instructed his staff to cut off the expenses of the Prime Minister's Office (PMO) by 50%.