The people in Sri Lanka protested for the 50th day in a row in front of the Presidential Secretariat at Galle Face Green in Colombo amid the ongoing crisis. 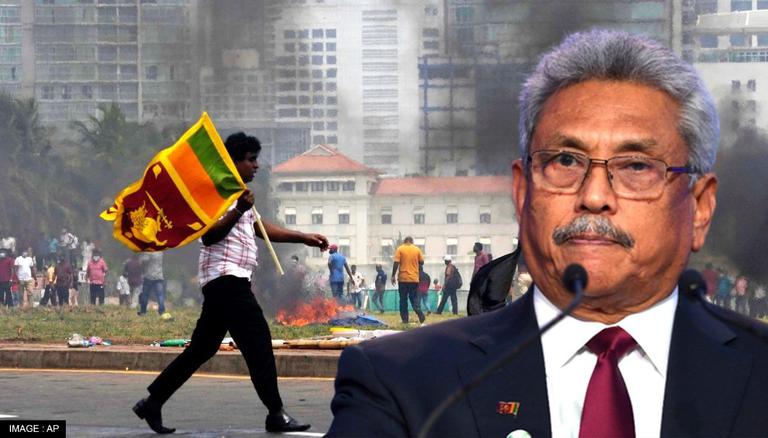 
As Sri Lanka continues to witness civil unrest amid the ongoing economic crisis, the people of the island nation protested for the 50th day in a row in front of the Presidential Secretariat at Galle Face Green in Colombo. The demonstrations calling for President Gotabaya Rajapaksa's resignation began on April 9 and have continued nonstop since then, despite adverse weather and assaults by government supporters. Since then, people from all walks of life have assembled at Galle Face to pledge their support for the ongoing demonstrations.

Meanwhile, to commemorate the 50th day of protest, a march was conducted from Liberty Junction in Kollupitiya to Gota Go Gama in Galle Face on Saturday, Colombo Page reported. Amid the continued protest, former Sri Lankan Prime Minister Mahinda Rajapaksa resigned from his post on May 9, however, the country's President has refused to step down. Following Mahinda's resignation, United National Party (UNP) leader Ranil Wickremesinghe was appointed as the country's new Prime Minister in an attempt to stabilize the ongoing crisis.

Furthermore, people have continued protesting at several places across the country demanding fuel. They have been standing in queues as long as 1 km for days in the hope of procuring cooking gas. Public transport has also got hit in the country owing to the paucity of fuel. Meanwhile, Prime Minister Wickremesinghe has promised to take the country out of the ongoing economic turmoil. Speaking at the parliament on May 19, he stated that the island nation has secured enough diesel and petrol supplies to last until mid-June. Last week, India provided another 40,000 metric tonnes of diesel to Sri Lanka under the credit line facility to the crisis-hit nation.

It is worth mentioning here that the Sri Lankan government has been struggling to meet basic requirements for its population of 22 million citizens amid an unprecedented economic crisis caused by mishandling of finances and ill-timed tax cuts. The island nation is also currently facing a foreign exchange deficit, which has resulted in food, fuel, power, and gas shortages, and has sought economic assistance from friendly countries. Meanwhile, recently-appointed Prime Minister Wickremesinghe has instructed his staff to cut off the expenses of the Prime Minister's Office (PMO) by 50%.