The suspects held during this operation were identified as residents of Ahungalla, Balapitiya, and Habaraduwa, from 31 to 37 years of age, Sri Lankan Navy said. 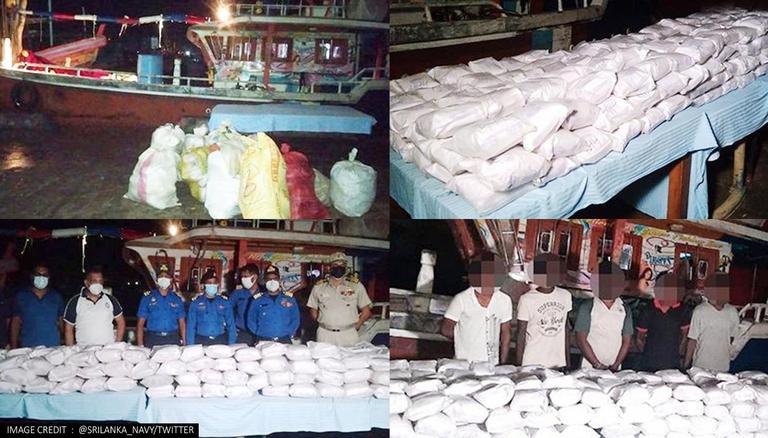 
In a special anti-drug operation, Sri Lanka Navy seized over 290 kg of heroin worth more than Rs. 2321 million thwarting attempts of a multi-day fishing vessel smuggling the drug into the island via sea. “The operation made way to the apprehension of five suspects in connection to this smuggling attempt,” Sri Lanka Navy said in a press release. Meanwhile, the fishing vessel with heroin and the suspects were brought ashore for further investigations. Sri Lankan forces acted on the information received from a coordinated intelligence operation led by Sri Lanka Navy Intelligence and State Intelligence Service. Navy detected and searched a suspicious multi-day fishing trawler heading landward, it said, as it carried out a special anti-drug operation based on the intelligence. 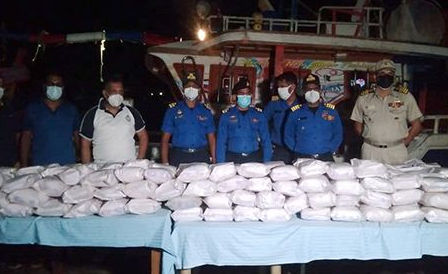 “The interception made way to the recovery of about 290kg and 200g of heroin in 259 packages stuffed in 10 sacks which were concealed in the vessel,” the island nation’s Navy stated. “Apart from the haul of drugs and the multi-day fishing trawler, the Navy also nabbed five suspects onboard the fishing vessel,” it continued.

The multi-day fishing trawler seized by the Navy on suspicion of smuggling had ventured into the sea on July 30, 2021. It is suspected that the consignment of narcotics was fetched to the trawler from foreign smugglers in international waters.” Street value of the seized consignment of heroin is believed to be over Rs.2321 million,” said the Navy.

“The operation was conducted adhering to COVID-19 protocols in force to prevent the spread of the pandemic. The suspects held during this operation were identified as residents of Ahungalla, Balapitiya, and Habaraduwa, from 31 to 37 years of age. Meanwhile, the Navy and Police Narcotic Bureau are conducting further investigation into the incident as of now,” Sri Lanka Navy said in a press document. 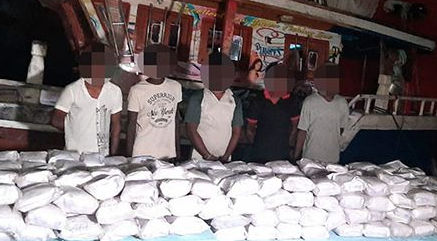 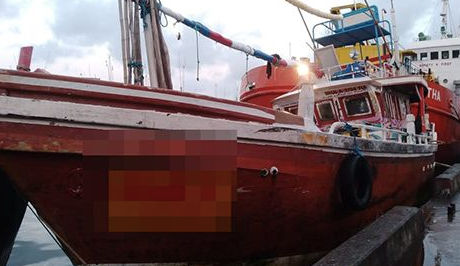 United Nations Office on Drugs and Crime (UNODC) states in a report that the smuggling of illicit drugs has been on the increase since the five-year period due to widespread drug use in developed countries, which is rising more rapidly in developing countries. UNODC report is based in part on global drug seizure data to analyze trends including smuggling routes. Conservative estimate values the illicit drug trade at over US$400 billion per year, and trafficking via sea on the vessels has pushed the maritime industry to continually ramp up the anti-narcotics operations worldwide.

"Ship’s sea chest in an underwater shell and fitted with a portable strainer plate provides a water intake reservoir from which the vessel’s piping system can draw water. However, in recent cases, space has also been found for other uses:  by cutting through the plate, narcotics can be stored inside for an entire voyage," a crew welfare forum Safety4Sea warned in a report. There are novel ways adopted by the traffickers such as concealing the drugs on the hull and below the waterline on ships to smuggle drugs, which in some cases, can be exploited without the knowledge or cooperation of the crew.