Air defenses that surround the Syrian capital of Damascus were activated and had engaged with multiple hostile rockets, local sources claimed 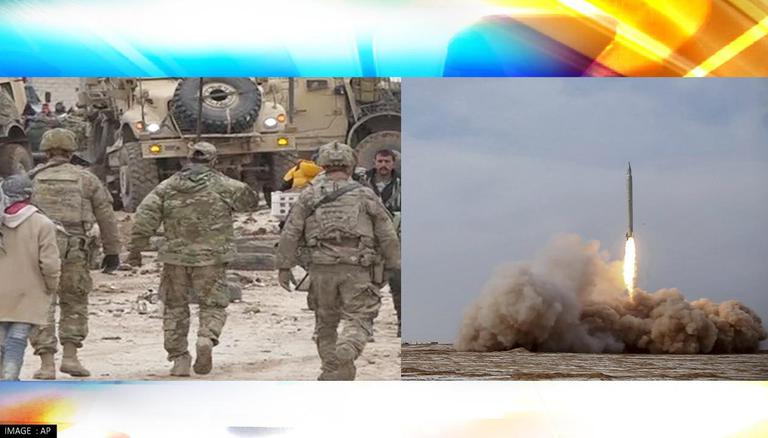 
Syria’s military on Thursday informed that Israeli rockets hit army posts in the southern part of the country, killing one soldier and causing material damage, AP reported. As per the state media, an unidentified military official said that rockets launched from the Golan Heights activated Syrian air defences and that most of the incoming missiles were intercepted. Many unverified sources further stated that the early Thursday morning strikes inflicted material damage and seemed to be aimed at the Damascus International Airport, as per Sputnik.

Around 12:50 am local time, Syrian soldiers allegedly shot down the majority of incoming rockets. According to local media, the hostile rockets were fired from northern Israel and severe explosions and blasts occurred in and around Damascus. It is to mention that approximately four hours beforehand, aircraft tracking service Intelsky predicted that the Israeli Air Force would launch a strike against Syrian targets.

Israeli warplanes fired missiles on the coastal city of Latakia

As per Syria's military, previously, Israeli warplanes fired missiles at the seaport of the coastal city of Latakia on early December 7. Several missiles had been fired towards the port's container area, setting some of them on fire, reported Syria's state media, quoting an unidentified military officer. More information concerning the incident was not provided by the official. However, no one was injured as a result of the attack. In the strike, five loud explosions were recorded in the port, according to Syrian state media, and a massive fire erupted in the container area, leading fire engines to rush to the site.

Israel has conducted hundreds of assaults over the years on targets within Syria's government-controlled territory, however, it rarely admits or addresses them. Despite the fact that Israel denies attacking Syria, it has confirmed that it targeted Iranian-backed militias' facilities, such as Lebanon's Hezbollah, which has fighters in Syria. According to the Associated Press, it asserts to be targeting weapon shipments bound for militants. Hezbollah is fighting side by side with Syrian President Bashar Assad's troops in Syria's decade-long civil war.

WE RECOMMEND
US dispatches two military convoy consisting of over 100 trucks to Syria: Report
Explained: Why does Israel keep striking Syria despite its neutral position?
Syria: Multiple explosions heard inside US military base in Homs province
Israeli Minister Elazar Stern says Syria 'must not have' chemical weapons: Report
Syria: US military base in oil rich Deir Ez-Zor attacked, no casualties reported