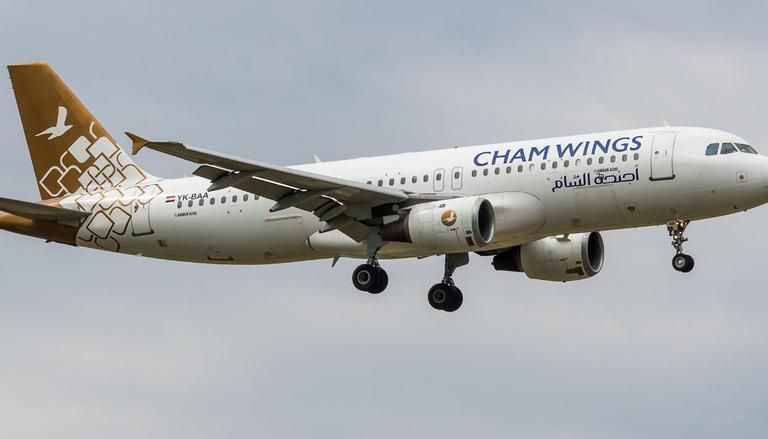 
As the situation between the Poland-Belarus border, involving thousands of migrants is intensifying, Syria's private Cham Wings Airlines cancelled flights between Damascus and Minsk on Saturday. The majority of its passengers to Minsk, according to the firm were Syrian residents, however, it's unclear how many of them were migrants, who are attempting to sneak into the European Union. Cham Wings Airlines stated that as of Saturday, November 13, 2021, Cham Wings Airlines has decided to suspend its flights to Minsk Airport.

The only Syrian airline that flies to Minsk is Cham Wings. Due to international restrictions imposed on the Syrian government in Damascus when the civil war began in 2011, the Syrian national carrier only runs a limited number of flights. According to officials at the Lebanese capital airport, several Iraqis have come to Lebanon in recent weeks to try to catch flights from Beirut to Minsk.

Due to the critical situation on the Belarus-Poland borders, with majority of Cham Wings’ passengers flying to Minsk are Syrians and it is difficult to identify passengers flying to Belarus as their final destination, and immigrants, flights are suspended effective immediately. pic.twitter.com/sCQA40X7JV

Thousands of migrants from the Middle East, mostly from Iraq and Syria, have attempted to enter the EU through a backdoor created by non-EU member Belarus this year. Iraqis, Syrians, and other countries from the Middle East and Africa have recently been granted simple tourist visas by Belarus. With this, they can fly to Belarus and attempt to enter Poland, Lithuania, or Latvia, all of which are EU members.

On the other hand, Turkey has halted the sale of tickets to Belarus to Iraqis, Syrians and Yemenis on Friday. Since the summer, tens of thousands of people have attempted to fly. This has resulted in tense standoffs on the Belarus border. According to the Polish police, a body of a Syrian man in his early twenties was discovered near the border.

The migrant crisis has erupted at Belarus' border

The migrant crisis has erupted at Belarus' border with Poland, Lithuania, and Latvia. Hundreds of thousands of people have crossed the Belarusian border into Poland and are refusing to leave. According to Tass, some of them attempted to break through the barbed wire border and enter Poland. European Union countries have accused Minsk of deliberately escalating the situation and have demanded sanctions. Belarusian President Alexander Lukashenko blamed Western countries for the crisis, claiming that their activities caused people to flee violence.