One of ex military officers listed as prime suspect, surnamed Liu, left service in 2013 and started a business with China in subsequent years. 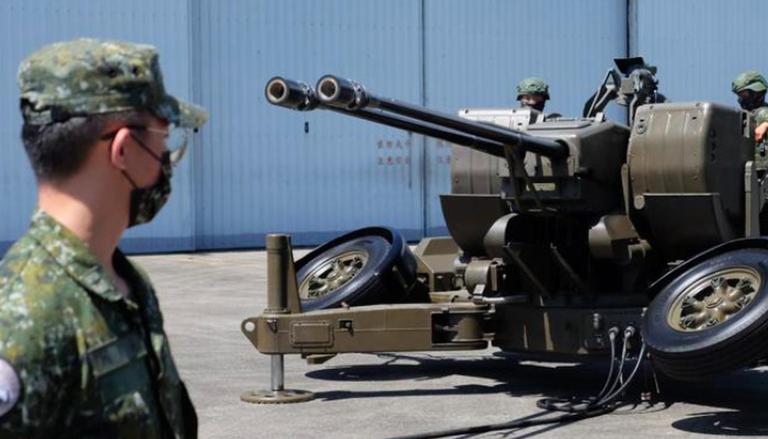 
Taiwan on Friday arrested three active-duty officers and a retired Air Force officer suspected of spying for China, the Central News Agency reported. One of the former military officers listed as the prime suspect, surnamed Liu, left service in 2013 and started a business with China in subsequent years. He is accused of establishing an espionage ring and leaking sensitive information to the Chinese, threatening the island nation's security, the news agency reported.

Liu allegedly recruited six other officers whom he paid NT$200,000 ($6,510) and NT$700,000 from his business which was listed as a shell company. He and three officers accused of espionage served in the Air Force and Navy. They were detained in the southern city of Kaohsiung, CNA reported.

Three other active officers were freed on bail on Friday. Liu recruited at least six officers into his team and promised them “rewards," prosecutors were quoted as saying.

Taiwan’s Defence Ministry had earlier warned in statements that China’s spying posed a “serious threat" to its own security. Both China and Taiwan have often accused each other of running espionage missions.

China has claimed to crack down on a series of espionage cases linked with rival Taiwan and has been detaining "multiple suspects" in connection with spying. Chinese security personnel solved hundreds of spying cases as part of an initiative dubbed Operation Thunder over the last few years, according to China Central Television. However, authorities of either country does not list the exact numbers of detainees or identities for most of them.

READ | Taiwan to develop satellite similar to Starlink to defend itself against China: Report

China and Taiwan were separated territorially after a civil war in 1949, but the two nations share strong trade relations. Both sides have accused each other of gathering intelligence regularly.

Earlier, British secret intelligence service MI6 officer Richard Moore claimed at a forum that the ruling Chinese Communist Party (CPC) conducts "large-scale espionage operations against Taiwan, UK and our allies", including the foreign nations to assert its expansionist agenda. Labelling China “adversaries feeling emboldened,” Moore said that they are able to draw on greater resources compared to the past.